Former president Jacob Zuma’s legal team led by Advocate Dali Mpofu, his foundation’s spokesperson Mzwanele Manyi and his daughter Duduzile Zuma at the media briefing on steps he would be taking after the release of the final state capture report.

According to JG Zuma Foundation spokesperson Mzwanele Manyi, Zuma will also be reporting Chief Justice Raymond Zondo to the Judicial Service Commission in the next two weeks.

This announcement was made on Saturday afternoon by the foundation during a fiery media briefing, at which a lot of unsubstantiated claims were made against Zondo.

During the proceedings Manyi said specifically, the foundation would be asking the JSC to investigate comments by Zondo regarding Zuma’s medical parole.

Zuma also wants the courts and the JSC to look into his purported personal relationship with Zondo.

The former president also wants Zondo’s refusal to recuse himself from the commission to again be probed, despite his court bids towards this being rejected on numerous occasions.

Manyi said Zuma rejected all instalments of the State Capture Report and would also be taking the findings and recommendations on review.

He said Zuma’s hand was forced from the onset as he was reduced to a clerical function of appointing Justice Zondo, who was selected by the then Chief Justice Mogoeng Mogoeng, despite him preferring a different candidate.

AS IT HAPPENED | Zuma to challenge Zondo Report, plans to go to JSC

Manyi went on reading what sounded more like a political statement than a response to the findings, making it clear Zuma does not believe he had done any wrong but was more the victim of a flawed process.

Zuma was meant to be present during the media briefing but did not attend after his legal team advised him against it.

Advocate Dali Mpofu said this decision was taken with his parole conditions in mind.

Mpofu said according to these conditions, Zuma was not permitted to be involved in or address gatherings.

Zuma called the briefing on Saturday to respond to the state capture report issued by Zondo and to outline which steps he would be taking going forward.

In its latest finding, the State Capture Inquiry found the ANC under former president Zuma had “permitted, supported and enabled corruption and state capture.”

Zondo went on to question whether the corruption would have been arrested in its tracks had President Cyril Ramaphosa acted with more urgency.

The much-anticipated final instalment of the State Capture Report was released on Wednesday evening – a week after the commission’s deadline expired – and the findings against the ANC and Zuma are damning, with Ramaphosa’s role also being  questioned.

Zuma and former state security minister Siyabonga Cwele were also accused of halting an investigation by the Hawks into former spy boss Arthur Fraser, paving the way for him to later be appointed director-general of the State Security Agency and Correctional Services commissioner.

In return, Fraser later ensured Zuma’s early release from prison on medical parole when the former president was jailed for contempt of court for failing to adhere to a Constitutional Court ruling that he appear before Zondo.

Zondo had hit out at the ANC, transport ministers and Parliament for abandoning the board of the Passenger Rail Agency of South Africa (Prasa) when it sought to fight back against corruption.

He dedicated around 250 pages of the final report to wrongdoing at Prasa.

In particular, he questioned why former Prasa board chairperson Popo Molefe had been ignored or stymied when he tried to clean house in 2014.

SA needs sanctions to force MPs to do their jobs, like doctors and lawyers - Zondo 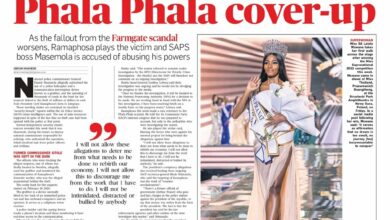 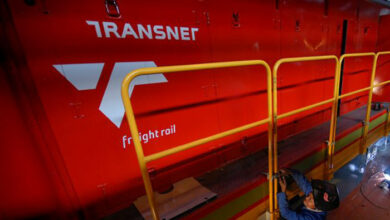 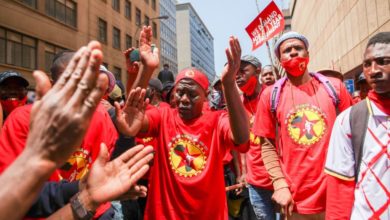 Numsa congress: Abide by Labour Court and cough up for the cost, region warns leaders 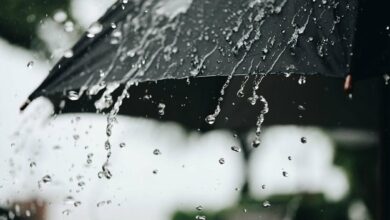