In an interesting move, the Constitutional Court has asked the parties involved in former president Jacob Zuma’s rescission application to make submissions on whether it is obliged to consider a United Nations (UN) covenant on civil and political rights.

Following the apex court’s majority decision to imprison Zuma for contempt of court, the former president launched a rescission application in a bid to have the judgment reversed.

The thrust of Zuma’s main argument was that his rights were violated because he was convicted and sentenced without trial for refusing to appear before Zondo Commission, despite an order to do so by the Constitutional Court.

Another bone of contention was the fact that Zuma was jailed for civil contempt of court.

The Constitutional Court, which reserved judgment in the rescission application, has now issued a new directive, dated 6 August, directing the parties to file submissions on a UN covenant, which was not relied upon by any party during application arguments.

BREAKING NEWS OF INTERNATIONAL IMPORTANCE:The Constitutional Court has issued directives to legal teams of Former Pres JG Zuma and the other parties to each submit a 20 page document addressing the International Law & constitutional implications of his ongoing detention. pic.twitter.com/b1bUPvmrL2

Section 12(1)b speaks about the right to freedom and security of the person, which includes the right not to be detained without trial, while 35(3) details that every accused person has the right to a fair trial.

The Constitutional Court further asked that, if the covenant should be considered, what implications would it have on Zuma’s current detention?

Adriaan Basson | Zuma is in jail. Now charge his kids and puppets for inciting violence

The UN International Covenant on Civil and Political Rights covers the rights to due process and fair trial, among other civil and political rights of people.

While the covenant was part of the submissions made by parties either in favour or opposing the rescission application, it is likely that at least one of the apex court justices was interested in the covenant in relation to the matter.

It would explain why the Constitutional Court has directed that the parties make submissions.

The court asked that submissions by Zuma and Democracy in Action be filed before 13 August, while the commission, the Helen Suzman Foundation and the Council for the Advancement of the South African Constitution should file their submissions before 18 August.

Zimbabwean with football dreams to be kicked out of UK - bbc.co.uk

JUST IN | Matric exams brought forward due to municipal elections 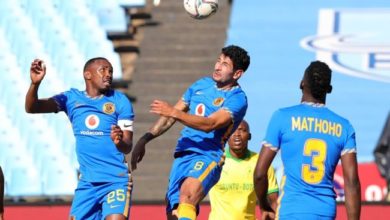