NEWLY-ELECTED Zimbabwe Olympic Committee president, Thabani Gonye, has underscored the importance of a united effort for the country to achieve sustained high-performance levels.

Gonye was unopposed for the presidency and was declared the winner at yesterday’s elective general assembly at Rainbow Towers, in Harare.

The former ZOC vice president takes over from Admire Masenda.

“I did the work I needed to do (as treasurer) and then also as the vice president,’’ he said. ‘’Coming into here, there is, obviously, a vision that we believe we need to reach.

“We talk of achieving Olympic success, through Olympism, and a sustained high performance, that’s what I am looking at.

“We need then to build that vision to start taking us into 2024 to 2028, where we can as Zimbabwe, to achieve repeated success and building a culture of high performance.

“We can only achieve that if we ensure that we are integrated in sport, right from government, through the structures, the national federations, Zimbabwe Olympic Committee, and the clubs.

“When we do something, at the top, we know it has a feeder effect at the bottom.

“Whatever is done at the grassroots must then feed into where we want to go, into a high performance nation.’’

Gonye also spoke about resource mobilisation, within the country, from the Government, sponsors and all stakeholders in sport.

“We can only say we are serious about supporting sport if we are able to harness about 35 percent of resources locally to support, or complement, what we are getting from the IOC (International Olympic Committee),’’ he said.

“So, that’s one of the areas that we will be looking at.

“We would, obviously, be looking at really developing and maintaining the corporate governance culture that we had in the Zimbabwe Olympic Committee and ensuring we tap into the experiences of those that have walked the path.

“They know what challenges they have had, and we know the success they have registered.

“We maintain that, then we look at areas we can grow and that’s basically one of the spaces we areA looking at, in the next four years.

“It’s a lot of hard work, we acknowledge that, but we believe if we engage all those that we need to tap into, we should be able to be successful.”

Letitia Chipandu, who is the second vice president, got 14 votes.

Ndlovu and Chipandu beat other two contestants, Kathleen Lobb (12 votes), who was one of the two ZOC vice presidents, and Tendai Tagara, who got nine votes.

Godfrey Sunguro is the new treasurer.

Ndlovu, who previously held the position of board member at ZOC, wants to ensure all national associations develop strategic plans.

“And, you see a lot of fights when it comes to elections because, in the first place, somebody assumes office and is not given clear tasks, clear targets.

“But, when it comes to the end of their terms of office they are persecuted and yet they cannot be measured because there was never any target set specifically.

“I would like to see a change in that,” said Ndlovu. Chipandu said her focus is on athlete development and women empowerment.

“I am saying when you are in a decision-making position you are able to make, or to influence decisions, and my main area of interest is athlete development and women empowerment.

“I am saying athlete development because I know that it’s very possible to rise from nowhere to the top as can be witnessed by the results I have had in netball, from being rated zero to position 12, in the world.

“My main thrust is on activities and winning, simple strategies that bring us results, we need more results,” said Chipandu.

The general assembly was graced by the Youth, Sport, Arts and Recreation Minister Kirsty Coventry.

Coventry, being an IOC member, who is Zimbabwean, is entitled to vote but she chose to abstain from voting.

Honda to go all electric by 2040 including Australia 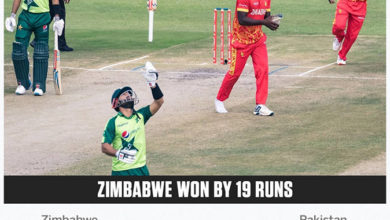 Zimbabwe in historic win over Pakistan

Zimbabwe in health milestone | The Herald 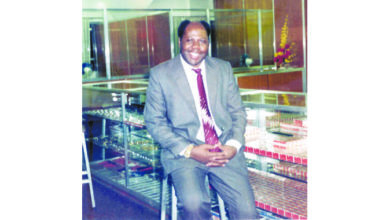 Zimbabweans most economically empowered | The Herald