Brigadier (Rtd) General Gatsheni, whose Chimurenga name was Chris Fuyane, passed on at United Bulawayo Hospitals in Bulawayo on Monday and was buried yesterday at Lady Stanley Cemetery in Bulawayo.  He was 68.

Brigadier General Gatsheni General was born on 09 March 1953 in Gwanda District, Matabeleland South Province. He did his primary education at Shake Primary School from 1959 – 1967 and then proceeded for secondary education at Matopo Mission from 1968-70.

Upon completion of his Junior Certificate, the late Brigadier General Gatsheni enrolled for a Teacher Training Course at Mtshabezi Teachers’ Training School where he graduated with a T3 Teacher’s Certificate in 1973.

He later joined the liberation struggle in 1976 when he crossed the border into Botswana, from where his group was later on uplifted to Lusaka, Zambia to join the Liberation Struggle with the ZIPRA forces.

In 1977, the late Brigadier General Gatsheni, received initial military training at Membeshi, an established training base where most of the senior ZIPRA commanders were trained. He quickly distinguished himself as a capable commander who could be entrusted with command responsibilities.

In recognition of his enormous potential, the late Brigadier General (Rtd) was subsequently deployed to the front as a Zone Commander. He had the responsibilities of orchestrating operations over a wide span of territory, deep into the heart of the country in the areas from Lupane, Nkayi, Zhombe to Lower Gweru. During the period following the attainment of Independence in 1980, the late Brigadier General (Rtd) was attested into the ZNA on the 1st of September 1981 and was quickly identified as a potential officer and in that regard, he was sent for the Officer Standardization Course.

After commissioning in 1981 the late Brigadier General (Rtd) Gatsheni had a brilliant career as an officer which saw him holding various appointments, including Zimbabwe’s Defence Attaché to Russia from 1993 – 96 and Director Concepts-Zimbabwe Defence Forces Headquarters from 2011 – 2013.

The late Brigadier General (Rtd) Gatsheni is survived by his wife Loveness Nkosi and five children.  Meanwhile Colonel Muchero, whose Chimurenga name was Charles Masendeke, passed on yesterday morning 2021 at Mbuya Dorcas Hospital in Harare after having been hospitalised since 22 July.

Colonel Muchero was born on 19 December 1960 in Rusape, Makoni District, Manicaland Province. He did his primary education at Maungwe and Dohwa Primary Schools before proceeding for his secondary education at St Faith’s Secondary School where he abandoned school in Form 3 in order to join the liberation struggle in 1978.

After briefly operating as a mujibha (war collaborator), he then crossed into Mozambique and stayed at the following ZANLA bases, Guro, Moatize in Tete and Tembwe-Mazozo Base at Maroro.  Late in 1978, he was sent to Tanzania and received his military training at Nachingweya where he did both the basic recruit training and specialisation in mortars.

Thereafter, he was deployed to the war front in Manica Province and operated in the areas of Mutasa, Rusape and Hwedza.  On ceasefire, together with other comrades, they were later on moved to Foxtrot Assembly Point at Dzapasi in Buhera but he was finally deployed to Tongogara Assembly Point in Chipinge.

Colonel Muchero was attested into the Zimbabwe National Army as a private on 05 January 1981 and went for integration at Imbizo Barracks in Bulawayo. He was quickly identified as a potential officer and in that regard he was sent for the Officer Standardisation Course that same year.

During his long and illustrious career in the service of the Zimbabwe Defence Forces, the late Senior Officer attended various military courses, including the following; Defence Management Course at Wits in South Africa in 1998, United Nations Military Observers Course in 2001, Battle Group Commanders Course at All Arms Battle School in Nyanga in 2003 and the National Defence Course in Kenya 2018-19. He also held various appointments during his long and illustrious career. At the time off his death he was the Deputy Manager, Zimbabwe Defence Industries. Funeral arrangements will be announced in due course.

Business this week | The Economist 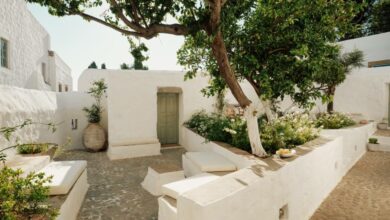 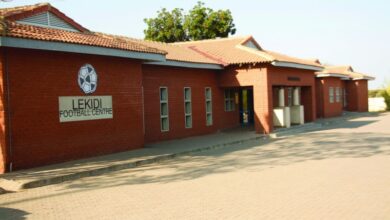 A third of BFA employees face the chop :: Mmegi Online