HARARE (Reuters) – Zimbabwe’s central bank said on Friday its monetary policy committee had been dissolved with effect from Jan. 31 because a number of members’ other appointments were deemed in conflict with their work at the bank.

The MPC’s main function is to set the Reserve Bank of Zimbabwe’s (RBZ) benchmark lending rate. It announced on Thursday that it had decided to raise that rate to 40% as the country battles runaway inflation and foreign currency shortages.

“RBZ wishes to advise that the MPC was dissolved with effect from 31 January 2021 as a result of appointment of most of its members to various entities and which appointments were deemed to be in conflict with the operations of the Bank and the MPC,” the bank said in a tweet.

It added in a second tweet that the minister of finance will appoint new MPC members soon.

It was not immediately clear what appointments the central bank was referring to.

One MPC member, Kumbirai Katsande, was appointed chairman of the board of insurer Old Mutual’s Zimbabwe unit at the end of January.

Eddie Cross, a third member, was quoted in a local newspaper on Friday saying he had resigned from the MPC. Reuters could not immediately contact other MPC members.

Zimbabwe has been hit by a severe economic crisis that has sparked shortages of fuel, power and medicines and seen prices soar in the southern African nation.

It has also struggled with a parallel U.S. dollar-Zimbabwe dollar currency market, re-introduced in 2019, that helped drive inflation up to 362% year on year in December.

What we know about upcoming EVs, platform

‘The international community let the Zimbabweans down b… 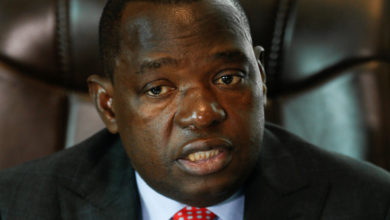