A Zimbabwean goalkeeper is in South Africa to conclude a move to one of the PSL clubs for the 2021/22 season.

As Free State Stars will be going into the new season with the aim of gaining promotion back to Mzansi’s topflight, the club is looking at bolstering its goalkeeping ranks with the addition of Talbert Shumba, who has been playing for Zambian Super League team Nkana.

The 31-year-old has impressed in training at the Bethlehem outfit, with sources close to the club indicating that a deal is set to be finalised for him for the team’s GladAfrica Championship campaign.

Read: Shabba Decision Made At Usuthu

Shumba is a national team goalkeeper in Zimbabwe and is competing the Marumo Gallants keeper Washington Arubi, among others, for the number one jersey.

No vaccine, No school! - The Voice Newspaper Botswana 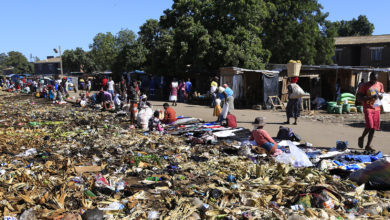