Business executives are sounding decidedly upbeat in Zimbabwe, a sea change from the pessimism they’ve expressed through two decades of economic mismanagement and institutional decay.

The southern African nation is reaping the benefits of a commodities boom and good summer rains that are bolstering farm output.

A series of reforms spearheaded by Finance Minister Mthuli Ncube are also starting to bear fruit, with the economic-growth outlook improving markedly and annual inflation, albeit still at 322%, slowing rapidly.

“If you look back where we were this time last year and where we are now, it’s really day and night,” said Jimmy Psillos, an executive at the Confederation of Zimbabwe Industries and general manager of Harare-based manufacturer Crystal Candy. “The economy is in much much better shape than it was.”

The November budget projected that gross domestic product will expand 7.4% this year, a rebound from a 4.1% contraction in 2020 that was attributed to the onset of the coronavirus, associated lockdowns and a second successive year of drought. A month earlier, the International Monetary Fund forecast 4.2% growth this year, and a contraction of 10.4% in 2020. Executives say the Treasury’s targets are attainable.

“We are having a very good agricultural season because of the rains,” Ralph Watungwa, president of the Bankers Association of Zimbabwe and chief executive officer of London-based lender Standard Chartered Zimbabwean unit, said during an online briefing in Harare on Feb. 23. The country has had “a fantastic last eight months and a lot of stability.”

Improved harvests mean grain won’t have to be imported this year, saving the country as much as $40 million a month and arresting a major drain on the country’s scarce foreign reserves, according to the government. The price of gold, platinum, copper and other minerals produced in the country have also risen since March last year, further bolstering its finances.

The good rains have also topped up Lake Kariba, the nation’s biggest reservoir, which has double the amount of water it did a year ago, data from the Zambezi River Authority show. That could help increase output from the country’s main hydropower plant and mitigate electricity shortages that have plagued the country for years.

Despite the optimism, a real turnaround in Zimbabwe could take years, if not decades, given the depths to which it has sunk. The road and rail system has largely collapsed, taps have run dry in major cities and the health system is barely functional. The pandemic has compounded the nation’s woes, with hospitals overwhelmed by an influx of patients during a second wave of infections last month.

The Zimbabwe dollar now trades at 84 to the U.S. dollar after being pegged at parity just two years ago. Many goods and services including fuel are priced in U.S. dollars or greenback equivalents, placing them out of the reach of most Zimbabweans who earn local currency. Teachers and senior doctors, who were paid a minimum of $500 three years ago, now earn the equivalent of $200. The incomes of most workers has also shrunk.

“Government accounts have become more transparent and ultimately we are seeing an improved fiscal position, lower inflation and a stable trade balance,” he said.

“Whilst we can debate whether these measures are sustainable or whether they have been implemented deeply enough or correctly enough, I ultimately believe that he has at the very least created forward movement.”

-With assistance from Antony Sguazzin. 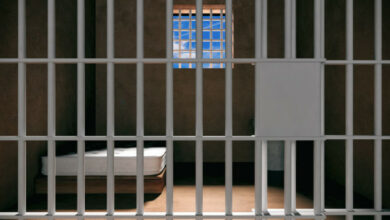 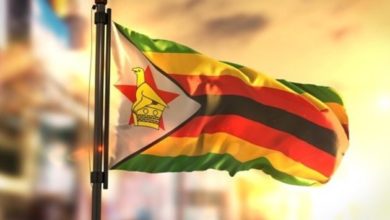 President off to Uganda for Yoweri Museveni’s inauguration