Durban – Zimbabwe vice president Kembo C.D.Mohadi is fighting back allegations that he had illicit relationships with two women.

In a press statement to the nation Mohadi began extending his great appreciation to the President of the Republic of Zimbabwe Cde Emmerson Mnangangwa for entrusting me with the huge responsibility to deputise him under the new dispensation Fellow Zimbabweans, following the recent social media hype about my alleged illicit relationship with two married women.

The statement read: “I have decided to come open and respond to the allegations being peddled by my detractors. Despite growing impatient because of days of weird character assassination, I wish to categorically state that the allegations being levelled against me are not only false, but well-choreographed to demean, condescend, and soil my image as a national leader and patriot.

“I am aware that my right to privacy has been trashed in terms of Section 57 (d) of the Constitution of Zimbabwe Amendment (No.20) Act 2013, which reads as follows, “every person has the right to privacy, which includes the right not to have the privacy of their communications infringed.

“Despite the noisy in digital media ecologies, I wish to clearly state that I am innocent and a victim of political machinations being peddled through hacking and voice cloning.

“Fellow Zimbabweans, despite the density of the allegations being levelled against me, I salute the support from fellow citizens, colleagues and comrades who fülly grasped the rigid complexities of concocted enemy attacks.

“It is against this backdrop that I am categorically distancing myself from the imagined immoral unions. The camaraderie and support given to me during this trying hour is greatly appreciated.

“That these faceless netizens have blended well networked digital architecture to re-engineer the spaces for political demonization, will not dampen my spirit as a tried and tested cadre.

“I remain a committed leader, father, cadre and servant of this Great Nation,” he said. 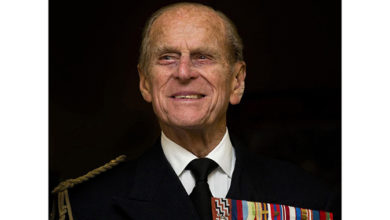