A joint venture coal-fired power station being built by Chinese investors and their Zimbabwean counterparts in Hwange will see the feeding of 50 MW of power into the national grid in the next two months, a company official has said.

The coming on stream of the plant will help ease power shortages which have crippled the economy for many years.

A 13-km power line linking the Zimbabwe Zhongxin Electrical Energy Limited (ZZEE)’s plant and the Zimbabwe Power Company (ZPC) is being done in readiness to start feeding the initial 25 MW into the grid, the government-controlled Herald newspaper reported Monday.

The company was given a license to be one of the many independent power producers in 2019 and has delivered even ahead of those who were issued licenses before it.

The power generation will be done under the 50 MW Phase 1 of the 320 MW project, at an estimated cost of about 10 million U.S. dollars.

“As you can see, we are working on the 13 km high voltage power line linking us with ZPC. We have done almost 80 percent of the job and we are only left with 13 intermediate poles,” said project public relations manager Bob Wang.

“After this, we will start connecting wires and our target is to complete this within the next month or two. We need a power connection from ZPC to enable us to start trial testing of our plant. We will do this testing exercise for a month to allow adjustment of our equipment and thereafter we can start feeding power to the national grid. We want to start with the first 25 MW unit,” he said.

President Emmerson Mnangagwa toured the project in July 2020 where he expressed optimism that Matabeleland North Province – where the plant is located – was poised to lead in the socio-economic transformation of the country through initiatives such as electricity generation and water projects.

On completion, the power plant will consume 300,000 tons of coal annually. ZZCC has applied to the government for a Coal Special Grant (CSG) in order to enjoy economies of scale once the firm starts producing coal to support its operations.

Wang said as the project expanded, the company would recruit more local engineers as part of its job creation drive, adding that relying on expatriate skills was expensive.

“We want to create more jobs for Zimbabwean technicians to work here. This is also because the cost of having Chinese technicians coming to work here is so high. We want locals to take up these jobs going forward.”

The commissioning of the first phase will be closely followed by two 135 MW units that are also due to be brought online during the year. 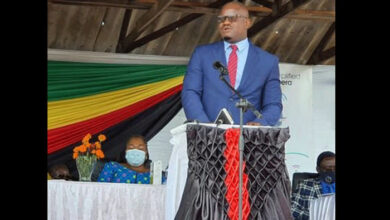 14 Zimbabweans deported from the UK in quarantine 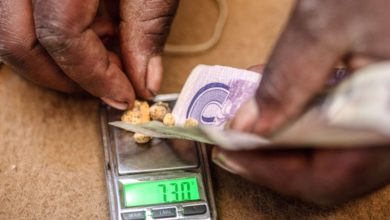