With all the stress on Covid-19, we sometimes forget that HIV is and remains Zimbabwe’s most lethal viral disease despite the massive progress made in recent years to bring infections under control, to ensure that those living with HIV have easy access to the antiviral treatment and to ensure that this treatment is good enough to bring their viral load down to zero.

Zimbabwe’s progress has impressed the United Nations and the World Health Organisation, as the resident representatives made clear when they met Vice President and Minister of Health and Child Care Constantino Chiwenga last week with another meeting later to map the progress on preventing mother-to-child transmission, where again progress was excellent although Zimbabwe seeks the perfect solution of zero transmission.

Now Zimbabwe wants to move to 95-95-95 over the next few years. This is achievable. In fact in one area, the middle statistic where those living with HIV are on effective treatment, we are already ahead of the new target.

By last year more than 98 percent of those living with HIV were on treatment and we had already passed the 90 percent target of those on treatment having a suppressed viral load.

Where the problem tends to arise is in getting people, especially the more recently infected, to have the tests so they can find if they are living with HIV.

In one group, young pregnant women, we have been doing very well since the test is part of the prenatal care that almost all women now follow. This means that mother-to-child infection is exceptionally low.

But we are still looking at close to 30 000 new infections a year, way down on the appalling infection rates seen early in the present century, but still a worrying figure.

Women are still far harder hit than men, largely due to the biology involved in the transmission and the fact that teenage girls and very young women tend to be under pressure to start sexual relations, despite the major efforts in recent years.

Getting tested when the first symptoms appear means that the person has been living with HIV for some time, and depending on their personal lifestyle may have infected a number of other people.

This is why the stress is moving into getting sexually active young people into the testing programme so that they do know their infection status. But others with doubts should still be tested.

The predictions were that either last year or this year, with the high percentage of those living with HIV knowing their status and going on the required medication, that the number of people dying from Aids-related illnesses would drop below 20 000 a year.

HIV should no longer be a killer. It is now, for the overwhelming majority of those living with HIV a highly controllable chronic illness. This means they need to be on the correct medication and be on it for life, but those lives can be normal and long, or at least when they die it will be from the same causes that the non-infected die from.

And there is that incredible benefit, not seen when appropriate anti-viral medication became available, that almost all of those on the correct medical regime will see their viral load suppressed below the levels where they can pass on the infection to someone else.

It is this extra benefit that gives medical experts the hope that HIV can be eliminated, at least in the sense that there are no new infections, and in the end after a good few decades no one living with HIV.

The Government and the Ministry of Health and Child Care are right to be keeping their HIV programmes running at a high level of priority and as we reach our original targets setting new targets.

But achieving these still requires co-operation from the general population, especially at the testing stage. All the upgrades in our public health systems under the Second Republic will automatically ensure the other two targets are met so long as people co-operate.

In fact, the Government and the Ministry are maintaining the pressure and pushing ahead on all sorts of public health programmes.

The Covid-19 vaccination drive might be riding on the infrastructure already in place for the mass vaccinations against a swathe of childhood infections, but that drive has never been delayed or altered and continues at full throttle.

There is now more and more stress on early testing for common cancers, a non-infectious illness that in most cases can be effectively treated if caught in time.

Again these can be controlled, especially if caught in early testing.

Finally we have malaria, which is still there. Again steps are being accelerated to have early diagnosis and treatment and to get people to be more careful.

But again like everything from the ancient illnesses to Covid-19 there is need for people to exercise care, follow preventative measures and find out their status as soon as possible.

Even with Covid-19, the chances of survival are far higher for those who are infected to be tested early, rather than waiting until they are in the back of an ambulance.

We have reached the stage where our public health sector is fully operational and being continually improved.

AMDA and Zambia REA to collaborate on energy access efforts |

Living with Lupus through a pandemic in South Africa 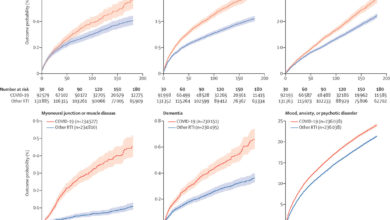