Zimbabwe President Emmerson Mnangagwa is at odds with a business tycoon who could help Zimbabwe.

Zimbabwean President Emmerson Mnangagwa held talks with civil society leaders on Saturday about exhuming the victims of a notorious massacre by government troops which claimed some 20 000 lives in the 1980s.

The regime of Mnangagwa’s predecessor Robert Mugabe deployed a North Korean-trained military unit to crack down on a revolt in the western region of Matabeleland in newly independent Zimbabwe, according to rights groups.

Known as the Gukurahundi massacre, the mass murder is believed to have claimed some 20 000 lives over several years, according to the Zimbabwe Catholic Commission for Justice and Peace, a death toll supported by Amnesty International.

Mnangagwa met with civil society leaders from Matabeleland in Zimbabwe’s second largest city Bulawayo about exhuming the victims for reburial.

“There will be a roll out in September” of the plans discussed, he said at the end of the talks, without giving details.

The weekend meeting was the latest in a series of talks between senior government officials and a coalition of civil society organisations and churches.

Mnangagwa was security minister during the massacre.

Human rights activist Jenni Williams said that for the talks to be meaningful, the government would have to first acknowledge its role in the massacre.

She said that it was state soldiers on a government salary “who came here and killed people”.

“The head of state is the person who should be able to acknowledge that the soldiers were deployed by the government.”

But Williams also thanked Mnangagwa for addressing the highly sensitive matter and subsequent exhumations, pointing out that previously, people would get arrested for merely saying the word Gukurahundi.

Mnangagwa “has personally committed and today this was his testimony, to make sure that we can say the word Gukurahundi”, she said.

The talks came just weeks after retired general Perrance Shiri, who commanded the army unit accused of the killings, died from coronavirus.

After his death, Mnangagwa paid tribute to Shiri as a “true patriot”.

Zim restrictions on mobile money a blow to financial inclusion 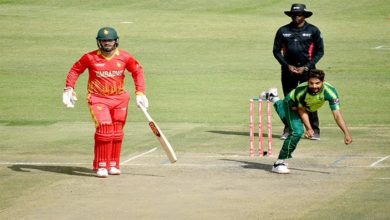