Tendai Biti, 53, was freed on $10,000 bail on Saturday after a night behind bars, after being charged with assault.

The provincial head magistrate in Harare, Vongai Muchuchuti, set his trial for January 18.

The charge against Biti, a legislator and vice president of Zimbabwe’s opposition alliance Movement for Democratic Change (MDC), relates to an alleged incident following a court hearing on November 30.

Biti, who is also a qualified lawyer, was involved in litigation, representing a client in the Harare Airport Road scandal, Tatiana Aleshina, a Russian national, who was reportedly whispering information to the prosecution constantly.

Biti voiced a complaint to the magistrate about Aleshina’s conduct.

“After the court hearing, Aleshina confronted honourable Biti threatening that he should not mention his name,” MDC spokeswoman Fadzai Mahere told AFP news agency, adding that she then filed a police report.

He was arrested when he went to the police to clear his name, Mahere added.

In court, prosecutor Idah Maromo argued that Biti had assaulted Aleshina by threatening her, pointing his finger at her face, shouting insults at the top of his voice, “intending to inspire fear of belief into her mind”.

Biti denied the charge and his party described it as “trumped up” and a “weaponisation of the law” to target party members and officials.

His lawyer Alec Muchadehama also said that Zimbabwean police were “not working on their own”.

“There is an external force telling them what to do and who to arrest,” he said.

The opposition alliance MDC said on Twitter that Biti had been detained “on spurious charges”.

“His arrest and persecution are a diversionary tactic by the regime to detract from his expose of the corrupt Airport Rd scandal. VP Biti did not assault anyone,” it said.

Biti has previously been charged with treason, among other criminal offences.

Zimbabwean police have in the past arrested several opposition officials, which the party argues is a way of weakening their struggle against the governing ZANU-PF. 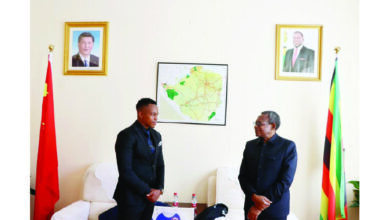 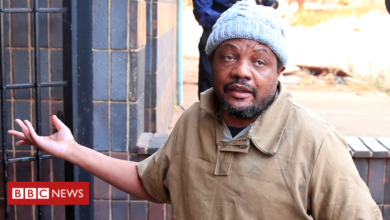 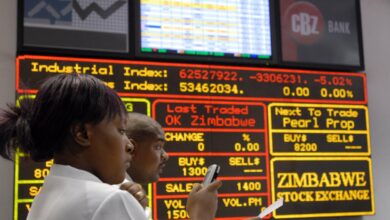 Playing the market in Zimbabwe. A citizen’s tale