The 26-man squad includes forward Knox Mutizwa, defender Martin Mapisa and Butholezwe Ncube who were yet to report for camp by Tuesday morning.

The Warriors trained for the first time with new assistant coach Benjani Mwaruwari, who arrived in Zimbabwe from the United Kingdom on Monday morning.

Zimbabwe were drawn with South Africa, Ghana and Ethiopia in Group G of the World Cup qualifiers. They must top the group to progress to the next round of qualification.

In this international fixtures window, Zimbabwe will host South Africa at the National Sports Stadium in Harare on Friday before travelling to Ethiopia for their next match on Tuesday. 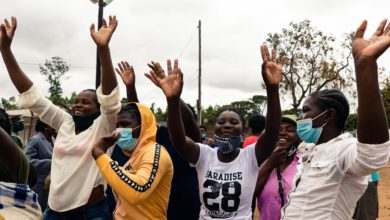 In a bid to curb the virus, Zimbabwe releases hundreds of prisoners.