A NEW impetus is needed now for our football to survive the wave of failures we are witnessing at every turn when the Warriors are active in international tournaments.

Every stage of our national football team’s engagements under coach Zdravko “Loga” Logarusic, have become a calamitous exposure that has one thing in common — gross failure.

The simple question is this — when did we last win?

Loga has talked and we have listened, he raised pertinent issues affecting the local game and the very same situation prevails in most domestic leagues abroad.

Yet when it comes to the crux of the real coaching manuals of preparing to qualify for the very first time, in a World Cup tournament, what we witnessed on Friday against South Africa, we should be bold and firm in calling for his dismissal.

Judging by the line-up the brought to this important derby, everything didn’t make any sense at all.

Here is a coach who lacks great care of our national desires to qualify for the first time in a World Cup tournament.

Our squad had over eight players in the line-up aged above 26.

All the youngsters were stuck on the bench as mere spectators in a game that needed their energy.

Loga’s lack of reading, or misreading, of the game was also shown by the following:

His failure to infuse, at least, two youngsters in either half of the full game, we laboured to watch a dull, mediocre game that lacked urgency, athleticism, adventure and courage to win.

Imposing two holding midfielders of similar abilities, Thabani Kamusoko and Marshall Munetsi, he killed the tempo of quick slick passing needed from that department when in possession in our own defensive half or in central midfield areas of the game.

The diamond of the midfield was Khama Billiat and, that was the worst decision by Loga as he showed he doesn’t have a clue of how best to utilise the Kaizer Chiefs winger. Billiat needs more space on the wings and wide areas of the game, where his trickery and sudden changes of direction and pace, unlocks defences.

Billiat was subdued by this role the coach gave him and it was quite easy for the South African defensive midfielder to close him down every time he got the ball.

Having two wing backs, who hardly ventured forward to attempt crossing the balls into the opponents goal, was extremely poor.

Having the wingers playing deep in their half and, yet failing to make the forward runs to allow their midfielders to pass the balls into space behind the South African defence, sums up our poor planning for this fixture.

Kamusoko looked tired the whole game as he resorted to delaying with the ball and killing the tempo of quick passing and movement. Again it’s a coaching point that needed addressing by bringing in Jonah Fabish in that role just after half-time.

Both wingers should have been substituted before the 70th minute to allow fresh legs that would change the dynamics of the game but, again, we saw a game being gambled by Loga for a draw.

Having a goalkeeper who was more interested in killing time, by flooring himself everytime he caught the ball was ridiculous and summed up the mediocrity endured in watching this dull game. Talbert Shumba’s service was not only poor, but amateurish.

Tino Kadewere and Knowledge Musona were not present in this game, the strategy was very poor from the word go and it wasn’t a surprise to see just one single shot from all these quality players we have.

Game management was non-existent as Loga just sat there, showing clear signs of lack of decent ideas to turn the tide against the opponents just after 15 minutes, up until the last minute of the game.

The shortcomings have raised very pertinent questions about Loga’s suitability to manage our national team at this important juncture of our desire to qualify for the World Cup in Qatar next year.

The sad truth is that whoever brought Loga to our shores, stands accused of being a saboteur with vile intentions of destroying our football.

Loga’s backers should be exposed as group of mercenaries desperate to plunge the game into depths of mediocrity.

Playing 13 games and winning one is the height of despondency and madness. Winning has become taboo for Zimbabwe and yet, we are told that we have a foreign coach who “has all the answers” that we need to solve our problems.

The next fixture against Ethiopia away tomorrow is an interesting engagement as doubts cascade the atmosphere whether we will pull through.

This is a very tricky fixture that could be another terrifying 90 minutes for all the fans of the Warriors.

It never rains but pours, we have to encourage our lads to try and win this encounter so that we can have a chance in this group.

However, with this coach, there is little hope. 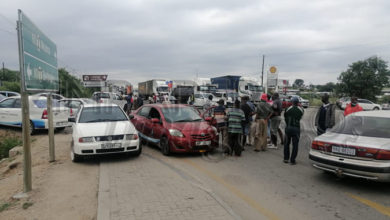 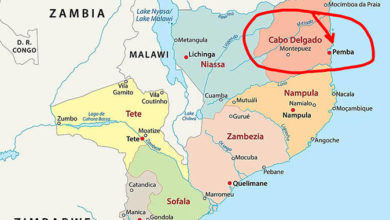