HARARE – Cross-border traders are asking for help at the Beitbridge border post.

They say they’re starving as the border remains closed on the Zimbabwe side.

The government says it wants to avoid the transmission of COVID-19 variants.

Hellen Mherekumombe is a cross-border trader.

She’s a single mother of three who feeds her family by selling handbags in South Africa at the end of each month.

She says the continued closure of land borders by Zimbabwean authorities has plunged her family into starvation.

“I was only able to feed my family by going to South Africa through the Beitbridge but the border is closed,” she said.

“And if I can do something illegal like jumping the border I will be risking my life. I am the one who is responsible for my kids’ welfare, I am the mother and the father.”

“We haven’t opened everything, we haven’t even opened restaurants for sit-ins because in the first place for this disease to be in this country, it had to be imported,” Mangwana said. 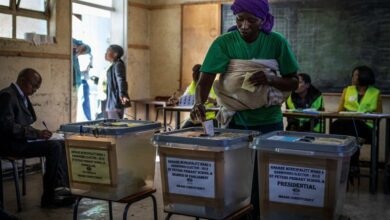