The notion of democracy and good governance has been debated for decades in Africa, particularly when comparing the African governance systems to that of the West.

Some have concluded that it was even better to live in colonial Africa than independent Africa.

Independence gave hope to many people as they envisaged that they were going to have an improved life.

In Zimbabwe, like the rest of Africa, even musicians such as Thomas Mapfumo and Oliver Mtukudzi composed songs that celebrated the new dawn.

Ironically, after decades of independence, many African countries are still battling with poverty, economic inequalities and human rights abuses.

In Zimbabwe the Chinese have become our new coloniser and they appear to have unlimited rights and access to our minerals and land.

Down South, many South Africans still clamour for economic independence as the white minority still have a tight grip on the country’s wheels of economy.

Botswana and Rwanda have over the years exhibited somewhat positive stories, which the rest of Africa should emulate.

We hear the insurgency in Mozambique is slowly being quelled, thanks to Rwanda President Paul Kagame.

“Kakistocracy” is an appropriate term to define most governments in Southern Africa that are characterised by leaders who formulate bad policies to safeguard only the interest of the elite.

Whether its dictatorship or command leadership whatever you may call it, Kagame is moving in the right direction.

The progress in Rwanda shows that Kagame’s leadership style is heading to a point of climax.

Kagame is not turning back, African leaders must learn from Rwanda.

Rwanda’s development is an example of what individual countries could achieve, if only they were better governed.

Rwanda’s economy is recovering from a horrific genocide at a faster and interesting rate.

This is development progress that many other leaders can only dream of, making Rwanda’s economic success story one to be cherished in southern African.

Most economic analysts in Africa have argued that heads of state should operate more like Kagame, but what makes him different from other African leaders?

No economy would have survived in such a war situation, but Kagame, a former rebel leader who has ruled Rwanda since the aftermath of the genocide in 1994 is taking Rwanda to a new level.

Apart from rebuilding the economy, 150 000 perpetrators of violent conflict in Rwanda needed to face justice to bring about reconciliation and reintegration to a population in which it is estimated up to one fifth were killed during the genocide.

At least 71 offenders were convicted by the UN’s international criminal tribunal for Rwanda with some confessing their criminal activities at special village courts called gacacas.

Of course, peace and reconciliation is a long process but countries like Zimbabwe have totally failed to address issues to do with conflict resolution.

Gukurahundi massacres might need a new government which had no hand in the genocide that claimed the lives of about 20 000 people.

Peace and reconciliation under President Mnangagwa’s government is just a dream.

The Gukurahundi issue is a hot potato that is difficult to handle, “chinopisa, Iyatshisa” (it’s hot) like what Zimbabweans say in Shona  and Ndebele.

The healing and restoration process is not an easy game and so many resolutions have been made before, but no practical action has been taken to address the sensitive issue.

Kagame, is one African president whose leadership skills are being cherished by many despite that some are of the view that he is dictator.

Kagame deployed the Rwandan military since Mozambican military forces were struggling to regain control in Cabo Degaldo province, which is home to one of Africa’s biggest liquefied natural gas projects.

The Southern Africa Development Community (Sadc) is a useless regional block that has failed Africans.

Sadc should have intervened in Mozambican turmoil way before Rwanda’s intervention, but the regional block sometimes takes long to act.

Rwanda’s intervention is to prevent what happened in 1994 to ever happen again in the southern Africa though some say that Rwanda has a hidden agenda, well let’s talk about peace and order for now.

The strategies that have been employed by Kagame to Covid-19 and its effects are just superb and it is without doubt that Kagame is doing great in Africa.

As a strategy to reduce the impact of Covid-19 lockdown, Kagame ordered door to door free distribution of food to Rwandans as well as other services like free energy (electricity).

Officials were moving from house to house to conduct equal distribution of resources under Kagame’s direct supervision to avoid favouritism.

In Zimbabwe the $300 Covid-19 relief fund, which suffered a stillbirth, was like a mockery to the citizens who are already suffering.

In one of the interviews last year Finance and Economic Development minister Mthuli Ncube indicated that the government had the capacity to support the vulnerable groups during the period of Covid-19 lockdown.

“We are not short of funds in terms of the support to the vulnerable Zimbabweans,” Ncube said.

“In fact, at the moment, we are waiting to reach our target of one million people who are vulnerable. We are appealing for people to come forward and register with social welfare because we have the budget.”

However, the $300 monthly grant was not even enough to buy 10kg of meal-meal.

No wonder why the government of Zimbabwe had to stop the programme at its early stages.

In 2018, Kagame’s decision to close more than 6 000 churches and 100 mosques across Rwanda, including 714 in the capital city of Kigali for failure to comply with health, safety, and noise regulations made headlines.

Human rights organisations and some activists accused Kagame’s government of clamping down on freedom of worship.

Policies and priorities in Africa define leadership styles and governing techniques, in such a pandemic that has ravaged Zimbabwe’s economy Mnangagwa’s administration had to sit for a Cabinet meeting to open churches.

Opening churches only to fully vaccinated individuals is an indirect push to boost vaccination in Zimbabwe.

The “Visit Rwanda” campaign is changing the face of travel in Rwanda and promoting economic development through tourism.

The visit Rwanda campaign is a partnership between Rwanda and Arsenal football team to promote tourism in the East African country.

Evans Mathanda is a journalist and development practitioner who writes in his personal capacity. For feedback email: evanngoe@gmail.com or call 0719 770 038 and Twitter @EvansMathanda19

Groundwater Crisis in Zimbabwe Brought On by Droughts 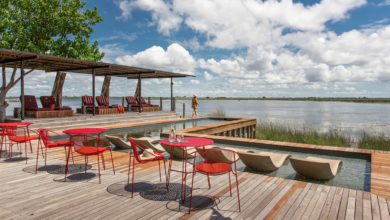 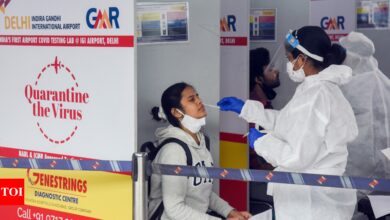 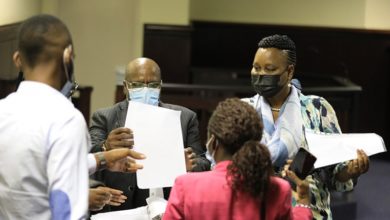