All that, and far much more, could be showered onto him, should his Warriors get it right, beginning tonight, in Francistown, and reach the AFCON finals.

All that, and far much more, will be bombarded towards him, should his Warriors get it wrong, beginning tonight, in Francistown, and fail to reach the AFCON finals.

Zdravko, his first name, will come to be associated with being a psycho, if not a gecko, in the event his Warriors come short in this mission.

He could hit the jackpot as early as tonight, with a victory over the Zebras of Botswana, and a favourable result in the match between Zambia and Algeria, to make history, as the first foreign coach to guide the Warriors to the AFCON finals.

That he would have needed just one victory, one draw and a loss, to achieve that, will make some analysts question whether it would be fair, to use his achievement, as a basis to suggest he is the most successful foreign coach, to guide the Warriors.

The late Reinhard Fabisch, some will argue, guided his Dream Team to three wins, and three draws, against South Africa, Zambia and Mauritius, but still ended one point short of qualification, for the ’94 Nations Cup finals.

Back then, they will also argue, only the group winners made it through and, worse still, there were just 12 slots at the AFCON finals while, now, double that number, 24 teams, feature at the continental football showcase.

But, you can’t blame Loga for the change in rules, increasing the number of participating teams and, as a coach, he can only purse the objective in front of him, to try and get his side to the Nations Cup finals.

If he does that, in a group that features African champions Algeria, a team he was able to pick a point from, he deserves the credit he will get, even though there will be those who will say he simply completed a relay, which was started by Joey Antipas.

The Warriors had four points, including a superb victory in Lusaka over Zambia, when Antipas stepped down, after the ZIFA leaders settled for Loga, gambling on him to provide something, which the local coaches lacked.

If they beat the Zebras tonight, Loga would also have picked four points, and that would be enough to take him, and his team, to Cameroon next January, should Chipolopolo fail to beat the Desert Foxes in Zambia today.

However, it would also be important, to put the points which Loga would have taken, into perspective because, the one against Algeria, somehow rallying his team from 0-2 down to 2-2 at the end, carried its weight in gold.

He showed he can read the game, ringing the changes, after the break, which brought life into his team, with all his replacements, including goal-scorer Prince Dube, having a huge impact, on the result.

Then, of course, he will plunge into this evening’s battle against the plucky Zebras, without more than half of players who would, had they been around, made his first XI.

Tendayi Darikwa was the man-of-the-match, in the game against the Desert Foxes in Harare and Marvelous Nakamba turned the tide, against the Algerians, with a strong second half show.

Then you have Khama Billiat, with his X-Factor, Tino Kadewere, with his good form and the ever dependable Marshall Munetsi.

Throw in Knox Mutizwa and Prince Dube, always dependable whenever they are asked to give the team a different dimension, into the mix of those who are unavailable today, either because of injury or the Covid-19 restrictions, and you have the cream of the team missing.

They are a collection of players who, if they can have a few additions, have the capacity to even beat the Warriors side, which will plunge into battle, against the Zebras this evening, in a challenge match.

This is why Loga cannot be accused of just completing a relay, in the event he fulfills the mission, because fate has not been kind to him.

And, he has been forced to scramble around, just to come up with a team, to play in the final two matches.

For goodness sake, with the local league still on a prolonged break, it also meant he could not call upon some players, who could have emerged on the domestic front, as some of his predecessors did, in the past year, or so, to try and fill the void created by the absence of his regulars.

Loga knows what it means to defy the odds, after all he comes from a small European country of just about four million people, which challenged the bigger, and more powerful nations, at the last World Cup in Russia, to finish as the runners-up.

“Coming from Croatia, a small nation of only four million people and you know how many players we have in big clubs?” he asked, when he was unveiled, last year.

“At least, we live football out there.

“Even last year (in 2019), we had eight national team coaches in different parts of the world and now we have five, I think, from four million people, it’s amazing.

“I will not talk so much but you will see how the Zimbabwe team will talk on the pitch because how the team plays is the signature of the coach.

“I am not a magician, I am just a coach and I will do it to make you happy. I will do it for myself, as well. I need more success than all of you put together and I am in the right place to make success.”

Well, the time for him to deliver has come, probably under tougher circumstances, than he ever imagined, when he took on the job, with the Covid-19 pandemic, and the challenges it has brought about, working against his cause.

He still has his inspirational skipper, Knowledge Musona, for duty tonight, and that could be key, against a Botswana side who appear to have perfected the art of defence, conceding just three goals, in their four group matches.

Loga insists there is a reason why his team are called Warriors, it should always be in their DNA, to defy the odds.

And, if they leap the hurdle this evening, the path to the Promised Land, for both the coach, and his men, could be clear.

For a gaffer, who comes from a region called the Adriatic, whose name is Logarisic, it pays to be always optimistic, even for all the chaos brought into his team, by this pandemic. 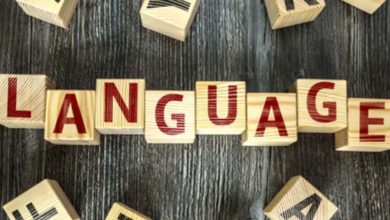