On January 20, Zimbabweans were shocked to hear the news of the death of Foreign Affairs Minister Sibusiso Moyo, the latest government official to succumb to Covid-19.

The 61-year-old, who rose to fame after appearing on state television on November 15, 2017, to announce the military coup that overthrew longtime President Robert Mugabe, died at a private hospital in the capital, Harare, days after testing positive for coronavirus.

Moyo was the third cabinet minister to have died of Covid-19 in recent weeks amid a major surge in the pandemic (Transport Minister Joel Biggie Matiza and Manicaland Provincial Affairs and Devolution Minister Ellen Gwaradzimba were the other two) and the fourth in total (Agriculture Minister Perrance Shiri passed away in July).

In pre-pandemic times, such powerful figures would have typically been ferried outside Zimbabwe to seek medical care in countries such as South Africa or China. But with tougher restrictions currently curbing international travel, top officials are now coming face to face with the reality of a crippled healthcare system that they would normally shun for paid treatments abroad.

“The political elites in Zimbabwe have been forced to confront the local healthcare that has collapsed over a number of years,” said analyst Vivid Gwede.

Throughout his decades-long rule, Mugabe routinely sought healthcare abroad, mainly in Singapore where he also died in 2019 aged 95.

He was not the only one.

In 2017, current President and then-Vice President Emmerson Mnangagwa was airlifted to South Africa following suspected food poisoning at one of the rallies of the governing ZANU-PF. In July 2019, presidential spokesperson George Charamba confirmed that Vice President Constantino Chiwenga had been flown to China for treatment.

Chiwenga, who in August was also named Zimbabwe’s health minister, said earlier this year that the government was planning to ban medical trips abroad by Zimbabweans, saying the overseas referrals were draining the country’s coffers.

“Ministers are only about 20, but those who have been going out it’s you, you, me, altogether. That [medical] export bill was too high and that is what we want to curtail,” Chiwenga said in September.

Other Zimbabwean bigwigs who succumbed to Covid-19 earlier this month include former deputy minister of finance in the 1980s, Morton Malianga, the former education minister Aeneas Chigwedere and ex-prisons commissioner-general, Paradzai Zimondi.

“What Covid-19 has shown is that it is an ‘equaliser’. It proved to us that we need solidarity as human beings, not wealth accumulation and greed,” said Maxwell Saungweme, a political analyst in Harare, underscoring that Covid-19 is a non-selective disease affecting both the rich and the poor.

“The government now is more in grasp of realities the poor citizens face as a result of poor service delivery. Covid-19 has shown the need to invest in public health locally and not to divert funds.”

On Friday, Chiwenga extended the country’s lockdown by two more weeks and warned that variants of the coronavirus might be circulating.

The worrying spike comes as the country is experiencing its worst economic crisis in decades, despite the promises of Mnangagwa upon replacing Mugabe to revitalise a fragile economy battered by years of corruption and mismanagement. The cost of living has shot up due to rampant hyperinflation, while stagnant salaries, currency instability, foreign currency shortages and shortages of basic commodities such as electricity and water have left many Zimbabweans struggling.

The health sector has not been spared, either. For more than two years, doctors and nurses have been going on strike, on and off, over inadequate salaries and poor working conditions – and more recently, over shortages of medicines and personal protective equipment (PPE).

But their demands have seemingly been falling on deaf ears.

In the 2021 budget, Finance Minister Mthuli Ncube allocated 12.74% of the national budget to the health sector – below the threshold set by the Abuja Declaration that requires African Union member states to allocate at least 15 percent of their annual budgets to improve the health sector.

Harare’s public hospitals have only 30 intensive care unit beds, according to Norman Matara, secretary of the Zimbabwe Association of Doctors for Human Rights.

“It is our hope that all politicians, business people and ordinary citizens see that well-functioning public hospitals are in everyone’s best interest,” Nyaguse said.

“We hope politicians will be advocates for the welfare of healthcare workers as well as of improved health funding and the nation can come together for this cause.” 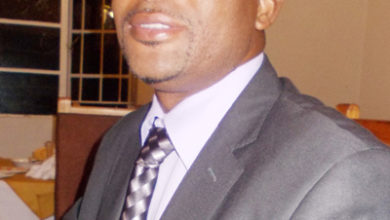 Our prayers were not in vain: First Lady 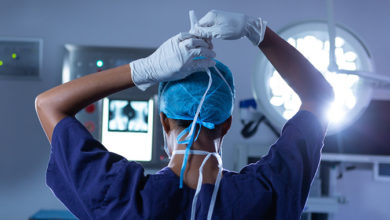 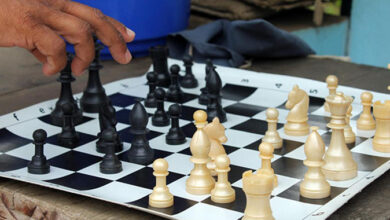