Tafadzwa Zimoyo
Senior Lifestyle Writer
Do they not say when love strikes you feel it but you wont die? Such is the grandeur and splendour of creation that when the eye catches the fire of love, the mothball is transferred to the mind and subsequently to every part of the body.

At times, love strikes with ferocity and, boy ooh boy, before you kinow it, you are submerged full time. Such is what has been called love at first sight. Inexplicably complicated and workable. Feeling!

This seems to be what former Togolese football professional and now businessman, Donaldson Sackey is living.

“I grew up in Germany and my parents moved there while I was still young. I met Faith Farai (my wife) at a Christian gathering in Germany many years ago. It was love at first sight,” he says.

It may be true that a prophet is not celebrated in his hometown but Sackey is making news in Zimbabwe.

Many will question, who is Sackey, what makes him tick?

Yes, he is not Zimbabwean but his interesting story from social media to reality has not only inspired many but has also empowered and developed some business investment locally.

Sackey who is well known to have played soccer in countries like Germany, England, Spain and Holland is married to Zimbabwean poet and author Faith Farai.

He did not fall in love with Faith but the country too as he has shown interest to tap into the Zimbabwean money transfer market.

The Herald on Saturday Lifestyle caught up with the Togolese family who shared their love story, business opportunity and social lifestyle.

Sackey is the current chief executive officer of The Timeless Capital Technology and he revealed in an interview that he loves Zimbabwe so much to an extend of wanting to address issues that are unique to upcoming and established business people in developing countries.

He said he loves sadza so much and was learning Shona, thanks to his wife.

I have heard a lot about Zimbabwe and it has been my dream to be in the country, meet the lovely people yet alone invest the country, not that I hate my country but it’s just love. Unfortunately, the Covid-19 pandemic affected our plans of visiting especially my in laws. But I have already learned a lot about Zimbabwe my wife has taught me a lot. I also had some friends from Zimbabwe through my time in England. I paid my lobola two years ago, the Zimbabwean culture way and it was funny,” he jokingly said.

Sackey said the ceremony was conducted though in Germany because that is where most of the family members were present.

Asked then how did the two cultures fused, Sackey said, “We always try to bring in both cultures, of course there are differences, but it’s about complementing and learning from each other and it works very well for us,” he said.

“Oh yes and I love sadza so much. We have the same dish in Togo. I am also learning Shona language and I find the language really exciting. My wife speaks it with me from time to time. I don’t understand everything yet but I am learning,” he said.

The couple is blessed with one child.

Sackey who is well known to have launched an application on money transfer in Zimbabwe, explained its use especially during this trying times and how the country can benefit from it.

“During my career, I founded my own companies and started with a fashion company through which I ended up in Forbes Magazine and also Forbes 30 under 30. With time I founded more companies in the field of consulting and trading. I am the founder and CEO of the Fintech company, Timeless Capital Technology,” he said. “I find Fintech very important in this case. As we know, many people in Africa are unbanked. That’s why we have to make sure that everyone has access to receive and send money at a low rate. And the important thing is to be able to receive it in seconds worldwide. I have specialized in this area because it makes a lot easier especially as an entrepreneur when you have customers abroad and you have to act quickly to make payments. I just want to be the bridge to make this possible. In Europe, such methods are also very interesting for companies working with Africa, for example, to simply make transactions faster than usual and thanks to our partner from Xago Technologies we are making an impact in this field.”

Sackey said he picked Zimbabwe not because of wife but because he defines the country as one of the safest, loving people who understand and appreciate more on business wise.

“One of the strong reason is that I am surrounded by people from Zimbabwe so I have been able to get a lot of exposure to the country. I would also like to help with technology and of course create jobs. It is a country that is close to my heart,” he cited.

On role model, the Zimbabwean son in law, did not hide but said he idolises himself more.

“I like to travel and explore different countries, spend a lot of time with family and friends. I also like to be at fashion shows or events where I am invited. I also like to do sports like football, running or going to the gym,”

The man loves to dress in suits always.

“I am a fan of suits from classic to modern. I also like to wear streetwear like jeans and leather jackets with a hat. I would say high end but simple. What drives me most is my visions and dreams, to make things that were far away possible and of course to motivate other young people to fulfil their dreams,” he concluded.

'They're All Dopes' – Skift 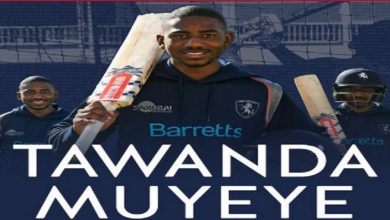 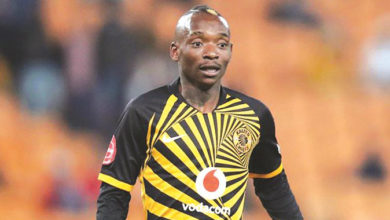 It’s been a difficult period for me – Khama Billiat