Zimbabwe on Wednesday approved the US-made Johnson and Johnson COVID-19 vaccine for emergency use, the first Western-manufactured jab to be administered in the country amid a spiralling third wave of infections.

The only vaccines so far approved in the southern African country — which has frosty relationship with some western nations, including the US — are made in China, Russia and India.

But the government came under fire for turning down an African Union (AU) donation of three million J&J doses in June — citing storage issues and possible side-effects — despite surging cases and vaccine shortages.

And now, “based on the review of the submitted quality, safety and efficacy data… emergency use authorisation has been granted for (the vaccine) manufactured by Johnson and Johnson,” the Medicines Control Authority of Zimbabwe said in a letter to government seen by journalists on Wednesday.

Critics had accused the government of refusing the AU donation for political reasons, noting that J&J doses required the same storage temperature as China’s Sinopharm and Sinovac shots.

Both the US and the European Union have, over the past decade, imposed economic sanctions on Zimbabwean entities and various top officials for alleged rights abuses.

Just over 694,600 people in Zimbabwe have been fully vaccinated, while 1.5 million have received a first shot out of a population of 14.8 million.

A warning this month that people would soon face restrictions if they are not fully immunised sparked a rush to vaccination sites. 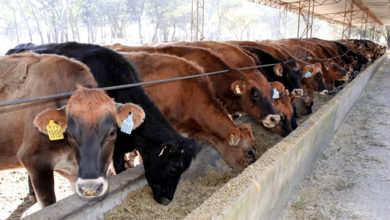