ZIMBABWE has voted against a United Nations General Assembly resolution which seeks to protect vulnerable populations from genocide, war crimes, ethnic cleansing and crimes against humanity, siding with China and Russia which have a bad human rights record.

The resolution, however, sailed through after 115 countries voted in favour of its adoption with neighbouring countries, South Africa and Botswana voting in its favour.

Countries with a bad human rights record among them, North Korea, Russia, China and Eritrea, Bolivia, Venezuela, Belarus among others, voted against the resolution. These countries are ranked to be the worst in terms of human rights abuses as they are accused of persecuting human rights defenders and opposition activists.

Twenty-eight countries, including Angola, Algeria, Cameroon, India, Kenya, Namibia, Mali and Ethiopia, which is accused of ethnic cleansing in the Tigray region, abstained.

Most of the countries which voted together with Zimbabwe still have the death sentence in their statutes.

However, President Emmerson Mnangagwa’s spokesperson, George Charamba yesterday justified Zimbabwe’s vote against the responsibility to protect what is known as R2P, arguing that the doctrine was used to attack Colonel Muammar Gaddafi’s Libya, and was almost used by Western powers to invade Zimbabwe during the late Robert Mugabe era.

“Zimbabwe voted nyet (a no in Russian) against this omnibus General Assembly resolution, especially because of the part of it to do with the responsibility to protect, R2P,” Charamba tweeted yesterday.

“Those with no sense of recent history or who mistakenly think Western global imperial power is benign and benevolent, forget it was precisely this same clause — responsibility to protect — which was used to attack Gaddafi’s Libya, and which almost got invoked for use against Zimbabwe had it not been for the double veto by Russia and China.”

He said the R2P was used by Western countries to invade Libya and plunder her mineral resources such as oil.

Charamba said often what was termed genocide was not, rather, it neatly fitted within Western extra-territorial goals.

However, observers said Zimbabwe voted against the responsibility to protect (R2P) because Mnangagwa’s regime was trying to escape responsibility for atrocities of the past.

These atrocities, known as the Gukurahundi massacres, include the killing of more than 20 000 people in the 1980s mainly civilians from the minority Ndebele ethnic group in the Midlands and Matabeleland provinces.

Zimbabwe Human Rights NGO Forum director Musa Kika yesterday said  government had unsurprisingly voted against the resolution as it was scared of responsibility over the genocide perpetrated in the 1980s.

Professor of world politics at the School of Oriental and African Studies at the University of London, Stephen Chan  said Zimbabwe depended on China for a very great deal of foreign direct investment and programme grants after its Look East Policy, hence it voted together with the Asian country.

“But even a liberal country like New Zealand is hesitant, because of financial reasons, to criticise China too publicly. Siding with Belarus is an odd decision, as Zimbabwe depends very little on Belarus — although it hopes to attract more support from Russia, Belarus’s close neighbour and ally,” Chan said.

Main opposition MDC Alliance leader Nelson Chamisa said the “no” vote was scandalous and should be rectified.

In March, the US State Department report presented to the House of Commons by Secretary of State Antony Blinken named Zimbabwe among some of the worst human rights offenders in 2020.

I have younger children, can they get COVID-19 from my child who is vaccinated? - WLKY News Louisville

BioNTech says vaccine likely to be effective against India variant 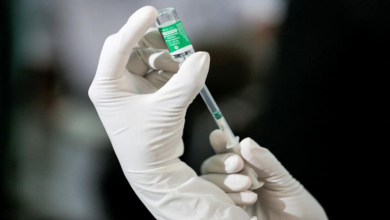