Zimbabwe will fulfil its pledge of contributing financially to the construction of the Pan African Postal Union (PAPU) headquarters that is underway in Arusha, Tanzania, Information, Communication Technology, Postal and Courier Services Minister Dr Jenfan Muswere has said.

Dr Muswere, who is the chairman of the plenipotentiary conference of the Pan African Postal Union (Papu), said this during the handover/takeover ceremony for the outgoing and incoming secretary-general and assistant secretary-general of PAPU in Arusha yesterday.

Zimbabwe’s former Postmaster-General Mr Sifundo Chief Moyo, was taking over as PAPU secretary-general after being elected unopposed after Mali withdrew its candidate while Mr Sameh Solaiman of Egypt was disqualified at the 11th hour after failing to meet all requirements.

The PAPU secretary-general’s post was held by Mr Younouss Djibrine. Mr Moyo will be deputised by Mrs Jessica Uwera Ssengooba, who took over from Mr Kolawole Raheem Aduloju.

In his address, Dr Muswere said Zimbabwe will not renege on its pledge to support the construction of the PAPU House.

“I will be remiss in my duty if I do not mention that Zimbabwe will continue supporting the Union including, but not limited to honouring our solemn pledge of contributing towards the PAPU House construction — already underway — which we undertook during the Plenipotentiary Conference in June, 2021, in Victoria Falls,” said Dr Muswere.

President Mnangagwa made the pledge during his address of the Plenipotentiary Conference in Victoria Falls.

Tanzania has been hosting the PAPU headquarters since 1980 and has strongly supported the organisation financially, morally and materially.

Turning to the new secretariat, Dr Muswere said Africa is one continent and there was need to harmonise policies, regulations and development of common positions to consolidate the sustainable growth of the sector.

“Your focus should be on implementing all the resolutions adopted in Victoria Falls and on defending Africa’s postal growth. This should be underlined by the digitalisation of the postal sector.

“The fusion of ICT in the sector will improve service delivery and efficiency and meet customer needs and demands.

“Zimbabwe has already identified a digital economy as a priority in terms of National Development Strategy 1 (2021-2025), which was launched by President Mnangagwa last year and as PAPU, we should digitalise and improve on service delivery,” said Dr Muswere. 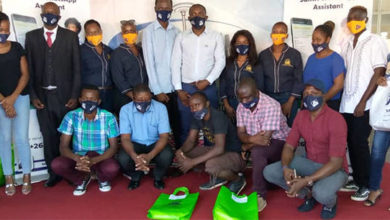 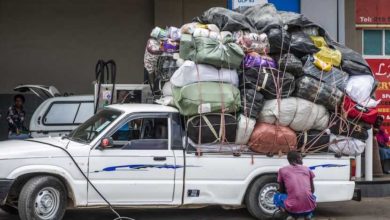