ZIMBABWEAN teenage sensation Tawanda Maswanhise continues to make a strong case for himself to be included in Leicester City’s main squad for the upcoming season after yet another impressive performance for the English Premiership side in a pre-season friendly match against Wycombe Wanderers on Wednesday.

The 18-year-old England-born star is one of the four junior players who have been included in the senior squad by coach Brendan Rodgers for their pre-season games.

They have been given a chance to impress and possibly earn a place in the main squad for the league season which kicks off in exactly a fortnight’s time.

Maswanhise, who was born to Zimbabwean parents, has been described as a “bright star” of all the Leicester junior players on tour after his outstanding performances in the two matches that they have played so far.

Following his impressive display on his senior debut when he played the first 45 minutes in the 0-0 draw against championship side Barton Albion last week, he produced another eye-catching show against Wycombe, who also play in the second division.

The winger was one of the few players that were retained in the starting line-up as Rodgers again named two separate teams for each half.

He was among regulars including Ricardo, Fofana, Soyuncu, Thomas, Ghezzal, Ndidi, Maddison and Jammie Vardy, an indication that the coach is considering him in the plans for the season.

Although Leicester lost the match when they conceded a goal in the second half, it was the performance of Maswanhise that left those watching the match purring.

A local newspaper Leicester Mercury, which covered the match wrote: “This kid has a big future. Fearless in his approach as he darted past his man frequently, while he had the end product too, crossing low for Vardy’s big chance. He won plenty more free-kicks too, thanks to his pace.”

The club also praised the youngster on its official Twitter handle: “Tawanda Maswanhise looks quality so far. Got that special something we reckon.”

A football website Foxesofleicester.com went a step further in their praise for the player following his bright debut with an article headlined A fresh star to watch.

“The Zimbabwean youngster took charge of the City’s attack alongside Zambian forward Patson Daka and Algerian right-winger Rachid Ghezzal. Maswanhise was impressive taking control of the left flank. He interplayed his touches well with the attacking midfielder James Maddison near the opposition’s final third. He showed a fearless attitude and quick bursts of acceleration which made him a considerable threat to Burton’s defense,” the website wrote.

They then face Manchester City in the Community Shield at Wembley Stadium on Saturday, a game used as a curtain raiser to the premier league season.

By the time the 2016 league champions start their league campaign with a home game against Wolverhampton on Saturday next week, Maswanhise would be hoping to have done enough to convince Rodgers that he deserves to play in the senior squad.

Rodgers, speaking towards the back end of last season, said Maswanhise had a lot of potential to become a good player.

He went on to include him in the squad that beat Manchester United 2-1 in the English Premier League match at Old Trafford.

Maswanhise was also included in Leicester City’s FA Cup squad that beat Chelsea in the final, which saw the youngster collecting a winner’s medal.

“He’s a young player I like,” Rodgers was quoted as saying by Leicester Mercury.

“I’ve seen him playing for the Under-18s. He’s quick, he’s direct. He’s got a lot of strengths and he’s got a lot of potential, but a lot of work to do. Bringing in young players, like we’ve done with Luke (Thomas) before, it gives them the experience. To feel the preparation, to sit on the bench, to see the quality of the players, it gives him a flavour of the level and preparation he needs to be here. That was the idea,” the former Liverpool coach added.

Maswanhise was born in England to Zimbabwean parents, which makes him eligible to feature for the Warriors.

The midfielder hasn’t been capped at any level with his country of birth.

His father is former top Zimbabwe sprinter Jeffrey Maswanhise, who has publicly stated his desire to see his son feature for Zimbabwe.

Maswanhise senior represented the country at the All-Africa and Commonwealth Games between 1998 and 2002.

The Warriors technical team has also hinted on considering the highly-rated Maswanhise for the team’s World Cup qualifiers which begins next month.

Coronavirus - Botswana: No vaccine manufacturing company has withdrawn from an agreement with Botswana for supply of COVID-19 vaccines 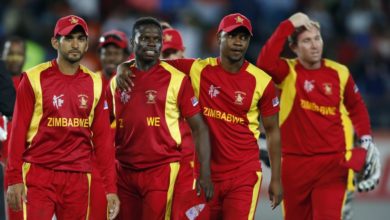 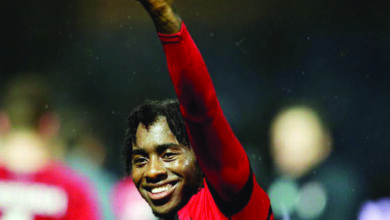 Warriors leave for AFCON | The Herald