Innocent Kurira, Sports Reporter
NINE boys and seven girls from Bulawayo have been shortlisted for the Zimbabwe Under-18 training squad for the African Union Sports Council (AUSC) Region 5 Under-20 Youth Games to be held in Maseru, Lesotho, from December 2-12.

The nine basketballers will join other prospective Team Zimbabwe members from around the country for the training camp in Kwekwe on Saturday.

The Bulawayo-based players were selected during a rigorous process held at Khanyisile Basketball Courts at the weekend.

Other coaches that were part of the process are Crayton Moyo and Rodney Mannie, while South Africa-based youth coach Tatenda Mbengegwi also lent a helping hand.

Khumalo told Chronicle Sport that he was satisfied with the quality and size of players that attended the Bulawayo trials and is confident some of them will make the travelling party to the Maseru games.

“I am very happy with the number of players that attended the trials on Saturday. Most of them are very good players and I am especially happy with the size that we had. I am sure we will have a few making the national team,” said Khumalo.

Girls Under-18 national team assistant coach Admose Ndhlovu is confident that the girls selected for the training camp will make the national team.

“The girls we had on Saturday are among the best in the region. With the help of Theo Weale, I was able to come up with what we feel are the players who stand the best chance of making the national team. They are all very good and committed players,” Ndhlovu told Chronicle Sport.

Both Ndhlovu and Khumalo decried the low fitness levels due to long periods of inactivity.

“Most of our players are unfit due to inactivity, but I was impressed by the amount of work they put in during the trails. Yes, their fitness levels are quite low, but they more than made up for it with their commitment,” Khumalo said.

Both were happy with the process and wished the shortlisted players luck ahead of Saturday’s training camp. 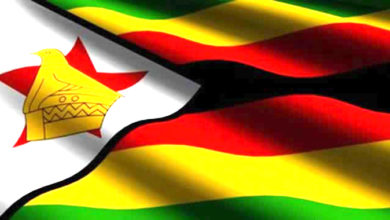