Nickel mattes, nickel ores and concentrates, platinum unwrought or in powder form, virginia tobacco, coke and semi-coke of coal, ginned cotton, orange juice, oilcake, and other solid residues of cotton seeds and tea formed the bulk of the exports.

“In the last three months, South Africa was Zimbabwe’s main trading partner in terms of the total value of imports and exports as compared with the rest of the world,” he said.

Minerals such as nickel mattes and nickel ores and concentrates, he said, contributed the most in terms of exports, while maize topped the list in terms of imports during the three months.

The major products imported through Beitbridge are maize, medicaments, crude soya bean oil, maize meal, and parts of steam and other vapour turbines with next on the list machine parts, liquefied petroleum gases including butane, instruments and apparatus for physical or chemical analysis, mineral or chemical fertilisers with nitrogen, phosphorus and potassium, and urea.

An average of 292 bills of entries of commercial cargo for imports or exports are being handled at the Beitbridge Border Post for both local users and transit to other countries each day. But the document processing centres in Bulawayo, Harare, and Masvingo handle a lot more under the pre-clearance facility.

The movement of commercial cargo through Beitbridge remained consistent and Zimra was processing 432 incoming and 465 outgoing vehicles daily. These include both heavy and light commercial vehicles.

“In terms of transit commercial cargo passing through Beitbridge, we are handling daily averages of 270 outgoing and 222 trucks,” said Mr Chimanda.

Beitbridge is now the main exit point for road traffic from South Africa to the rest of SADC.

During his recent visit to Beitbridge, Finance and Economic Development Minister Professor Mthuli Ncube said Zimbabwe’s economic activity had in the last 12 months peaked in line with the National Development Strategy.

He said more commercial cargo now passing through Beitbridge Border Post and that the volume was expected to increase fivefold its capacity upon the completion of the US$300 million ongoing modernisation programme in the next two and half years.

The project, which is a partnership of Government and a consortium of private businesses, is being rolled out as a 17-year build-operate-transfer concession. 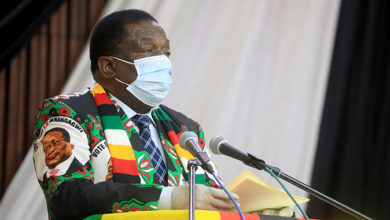