Harare Bureau
THE Zimbabwe women’s cricket team will be without six key players, including captain Mary-Anne Musonda, when they face South Africa Emerging Women in five one-day matches that begin in Bulawayo tomorrow.

Musonda has been ruled out of the series as she is recuperating from a knee injury. The 30-year-old batter went under the surgeon’s knife last month and is still to recover fully.

In Musonda’s absence, Josephine Nkomo will captain the Zimbabwe women’s team. The side is also set to miss the services of seasoned players like Chipo Mugeri, Ashley Ndiraya, Nomatter Mutasa and the foreign-based duo of Sharne Mayers and Anesu Mushangwe.

A statement from Zimbabwe Cricket yesterday said Ndiraya is also recovering from a broken finger while Mugeri and Mutasa are both on maternity leave.

The selectors have also decided not to bring in the experienced pair of Mayers and Mushangwe who are currently plying their trade in South Africa and Australia respectively.

Instead, with an eye on the future, they have opted to blood youngsters such as Kellis Ndhlovu and Mitchelle Mavhunga, while a few others who have been on the fringes for long will finally get some game time.

Chiedza Mzembe and Rumbidzai Nire have been named as the reserve players.

Nkomo, along with Modester Mupachikwa, Precious Marange, Tasmeen Granger, Esther Mbofana and Nomvelo Sibanda will provide the hosts with the much-needed experience in the series.

The series is scheduled to get underway tomorrow and all the games will be played behind closed doors at Queens Sports Club.

ZC said fans are still not allowed in the ground due to Covid-19 protocols.

The next game will take place this coming Thursday with the last three set for Saturday, Monday and next Wednesday.

The Zimbabwe women’s team, who were recently granted Test and one-day international status by the International Cricket Council, will be using the matches against the South Africa Emerging Women side as part of their preparations for the ICC Women’s World Cup Qualifier 2021 scheduled for December in Sri Lanka.

The top three teams from that 10-team qualifying event will progress to the 50-over ICC Women’s Cricket World Cup 2022 in New Zealand.

P&O's Iona arrives in Southampton ahead of its naming ceremony 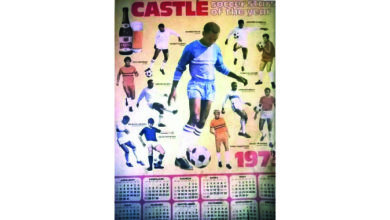 Cathy Buckle – ‘For the moment, it’s not the same old, same old in Zimbabwe’

The fertile grounds of despair: Why neopatrimonialism i…