ELECTRICITY users who suffer losses due to power surges can now be compensated after the Zimbabwe Electricity Transmission and Distribution Company (ZETDC), developed a mechanism to cover such mishaps, a senior official has said.

Power and Energy Development Minister Zhemu Soda told The Sunday Mail Business in an interview that ZETDC, a power transmission unit of ZESA Holdings had a facility to mitigate against losses incurred by customers owing to sudden increase in voltage.

A power surge is usually an oversupply of the voltage from a source to appliances or equipment.

A boost in electricity supply above the normal operating voltage can cause severe damages to the appliances. Power outage may occur when or during restoration of electricity after a power loss.

“There is an insurance policy to cover for such losses and a process of validation will be done to ascertain the loss before compensation,” Minister Soda said.

Many households normally use surge protectors to protect their appliances.

Surges slowly deteriorate and shorten the life of the equipment or appliances.

Household and office appliances at risk of power surges include air conditioning units, entertainment equipment, computers, refrigerators, ovens and stoves and lighting. Scores of power users have been suffering losses after electricity surges with the majority of them unaware of recourse routes to follow.

The company was waiting for equipment to evacuate power from the plant to the grid, Minister Soda said.

He said a 5MW solar plant at Cross Mabele in the Matabeleland North province will be commissioned in the next two weeks while Harava Solar was targeting to start feeding 6MW of electricity onto the national grid before end of the year.

“We did a site visit at ZZEC recently and they assured us by September, the plant will be up and running,” said Minister Soda.

“It will open in two phases, starting with25 MW.”

The power generated from the plant will be fed into the national grid, the minister added.

The new plant will boost power supplies and narrow the gap between demand and supply.

However, Hwange has of late been unreliable due to frequent breakdowns as the equipment is now too old.

There is, however, a plan to renovate the old plant while two additional new units are being built under the US$1,4 billion deal between Chinese Sino Hydro and Zesa.  The new units, now about 70 percent complete will add 600MW onto the national grid.

Local electricity production was mainly driven by Kariba, which surpassed target by about 69 percent to 2 781,85GWh, while Hwange remained constrained and missed the target as unit 3 and 6 continued to be unavailable. 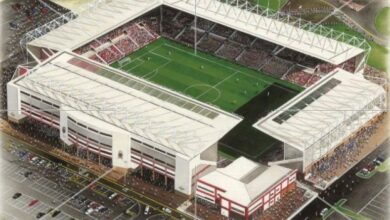 ‘It will be suicidal,’ Zimbabwe rules out adopting US dollar as sole currency