Time to start an Oscars category recognizing the most attractive and stylish costars ever. First nominees: Zendaya and Timothée Chalamet.

On Friday, the Dune actors stepped out for the Venice Film Festival premiere of the highly-anticipated sci-fi remake looking like Hollywood royalty — and the Internet is absolutely losing it. Within minutes of their red carpet arrival, photos of the trendsetting co-stars and friends went viral.

Zendaya, who was styled by her longtime image architect Law Roach, donned an artfully draped leather Balmain gown that was custom-fitted to an exact model of the star’s bust. Roch accentuated the jaw-dropping look with equally eye-popping Bulgari emeralds and diamonds, plus exact-match Christian Louboutin pumps.

RELATED: See all the Can’t-Miss Red Carpet Fashion from the Venice Film Festival!

As for her glam, Zendaya rocked pink eyeshadow, heavy black eyeliner, dramatic bottom lashes and a glossy lip. She matched her hair with the design of her dress, opting for a wet look parted down the middle with subtle finger waves.

Chalamet continued to prove that he, too, is fashion force to be reckoned with. The Oscar nominee (who stars opposite Zendaya in the sci-fi film) wore an allover sequin black pants outfit by Haider Ackermann, plus jewelry by Cartier, chic black sunglasses and polished leather boots. The premiere marks his debut as a “Friend of the House” (or ambassador) for Cartier.

Fans were impressed. “hot people stan timothée chalamet and zendaya,” one person tweeted. “ZENDAYA IS LITERALLY SCULPTED BY THE GODS,” someone else wrote.

“zendaya and timothée are literally the most beautiful costars,” a third fan added.

“hide your girl, timothée and zendaya are steeping out!!” another Twitter user joked.

In June, a trailer for the film showed off more of the Dune universe, giving a look at how director Denis Villeneuve (Arrival) was able to bring it to life in massive scale.

Starring Chalamet as Paul, a young prince carrying pressure on his shoulders, the movie also features Oscar Isaac and Rebecca Ferguson as his parents, as well as Josh Brolin, Jason Momoa and Zendaya.

The trailer introduces Paul and the mysterious dreams he’s been having, all featuring Zendaya, obscured by a veil. While the dreams feel more and more real, Momoa’s Duncan Idaho makes sure to remind Paul to focus on the reality around them.

The film is the second adaptation of the groundbreaking 1965 sci-fi novel to hit the big screen. David Lynch (Blue Velvet) took a stab at the material with his badly received 1984 adaptation. 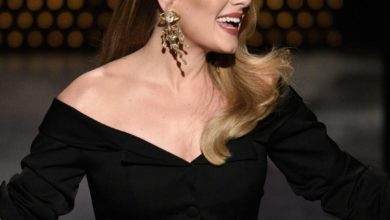 Josh Duggar’s sister, brother-in-law Jessa and Ben Seewald speak out about his arrest, pray for the ‘truth’