Hakainde Hichilema, who describes himself as an ordinary “cattle boy,” is a wealthy businessman who is running for the Zambian presidency for the sixth time.

This time around he again faces off against the 64-year-old incumbent, Edgar Lungu, to whom he narrowly lost in 2016.

Hichilema has contested and lost every election held in the southern African country since 2006, buoyed each time by an increased share of the vote.

His United Party for National Development (UPND) claimed the 2016 election was stolen from their candidate.

Chanting his campaign slogan “faka pressure” – meaning “put pressure” for change – the 59-year-old opposition leader is hoping to capitalise this time around on widespread dissatisfaction with Lungu’s running of the economy.

Hichilema is no stranger to controversy in the copper-rich nation, having run foul of the authorities numerous times.

The most recent of his several arrests came just a few months after the last election. He faced treason charges for allegedly failing to give way to the presidential motorcade.

He spent four months in a maximum security jail before the charges were dropped.

As the margins of his electoral defeats narrowed, Hichilema has worked hard to shed his image as an elitist who lacks the common touch.

Describing himself as “an ordinary citizen, an ordinary African”, he told AFP in an interview in May:

He was born to a poor family in the southern district of Monze, but says his “grit and determination” at school won him a priceless scholarship to the University of Zambia. He graduated with a degree in economics and business administration.

He then took an MBA degree at Britain’s University of Birmingham.

At the age of 26, he was CEO of the Zambian branch of the Coopers and Lybrand global accountancy firm.

Starting in real estate, he worked his way up to become one of the country’s wealthiest men, with business interests spanning finance, ranching, property, healthcare and tourism.

He has sat on the boards of several large Zambian corporations.

Critics view him as a political outsider, an economic jargon-touting corporate leader who was catapulted into politics following the death of former UPND leader Anderson Mazoka in 2006.

But in recent years “he has tried to blend with the ordinary (people) much more, swapping tailored business suits with casual fatigues or jeans, spinning messages which fly with the ordinary people,” according to analyst O’Brien Kaaba.

He “represents the future of Zambia,” according to Mmusi Maimane, a former opposition leader in South Africa and a strong Hichilema supporter.

“Despite the challenges in his nation and threats to his life, he has fought an incredible effort for democracy, freedom and change in his nation,” Maimane told AFP.

A Christian from the Tonga ethnic group, he is married and has three children.

JUST IN | Mapisa-Nqakula is ANC's candidate for speaker of Parliament 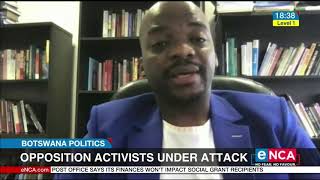 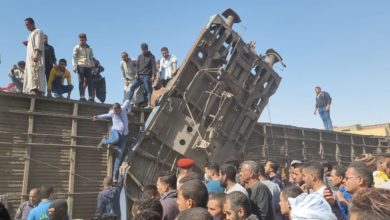