While the Tokyo Olympics only officially began on Friday, it’s safe to say one of the breakout stars has already emerged.

Zambian soccer player Barbra Banda made history by becoming the first female to score multiple hat tricks in a single Olympic tournament. The 21-year-old striker put together back-to-back jaw dropping performances in her team’s opening matches against the Netherlands and China.

Despite Zambia falling short of claiming its first win, Banda stole the show while also achieving other major milestones. The Zambian captain became the first African in Olympic history to score a hat trick, and she now holds the women’s record for most Olympic goals by an African.

Banda is currently tied for the tournament scoring lead alongside Vivianne Miedema of the Netherlands, and her first goal against the Dutch signified a major moment for the Zambian women’s team making its Olympic debut.

Thanks to Banda, the team has already broken the record for most Olympic goals by an African team in a single competition.

Zambia bounced back in a 4-4 draw with China on Saturday after suffering a historic 10-3 loss to the Netherlands, keeping hopes alive heading into its final group game against Brazil on Tuesday.

Banda first represented her country at the 2014 FIFA U-17 Women’s World Cup before going on to play at the professional level with Spanish club EdF Logroño and Chinese Super League club Shanghai Shengli. 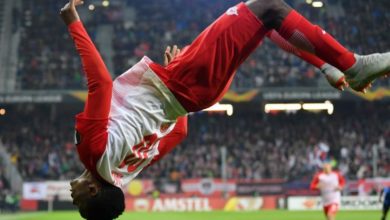