Zambian inflation accelerated to a near 19-year high in June as the cost of meat, fish and chicken pushed up food prices.

Consumer prices rose 24.6% from a year earlier, compared with 23.2% in May, according to Zambia’s interim statistician-general, Mulenga Musepa. Costs increased 1.3% in the month. Annual food inflation quickened to a record of 31.2% in June from 28.5% a month earlier.

Zambia’s currency, which has lost more than 19% of its value against the dollar in the past 12 months, has also helped fuel inflation.

The uptick in price-growth may see the central bank increase its key interest rate when it meets in August.

Governor Christopher Mvunga said last month that the monetary policy committee may tighten its stance further if the rate, which has been above the upper bound of the central bank’s target range of 6% to 8% for more than two years, doesn’t come down.

Still, a slow economic recovery may weigh on the central bank’s decision. The economy expanded for the first time in five quarters to grow 0.7% in the three months through March compared with a year earlier. In April the International Monetary Fund forecast the economy will grow at 0.6% this year.

What travellers need to know about Zambia’s travel restrictions 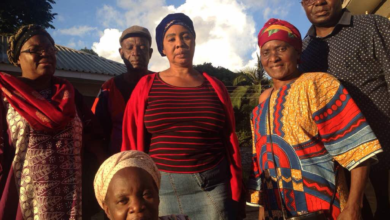 Zambia’s lion queen is a 22-year-old from Winslow