(Bloomberg) — Zambia said a lack of capital halted production at a copper mine it seized from Indian billionaire Anil Agarwal’s Vedanta Resources Ltd., just as the metal surges toward a record.

The standstill at Konkola Deep, a high-grade underground pit that also contains cobalt, was triggered by a shortage of funds to develop new mining areas, said Barnaby Mulenga, permanent secretary in the Ministry of Mines. The lack of capital is also curbing output at other operations of Konkola Copper Mines Plc, which was placed under provisional liquidation in 2019 after the government alleged Vedanta lied about expansion plans and paid too little tax.

The production setbacks at KCM come as copper surged back above $10,000 a ton on Wednesday, with the reopening of major industrial economies sparking a commodities rally. Africa’s No. 2 copper producer is reliant on exports of the metal, but production at Konkola Deep may only resume after the resolution of a legal arbitration with Vedanta opens the way for new investment, Mulenga said.

“This demand for copper will only get higher and the sooner these issues are resolved there is still an opportunity to exploit this resource,” Mulenga said. “This is a giant which is sleeping and we remain positive that it will be mined at some point.”

Mulenga said KCM’s current challenges result from Vedanta failing to complete underground works that would have allowed more ore to be extracted from Konkola Deep. The flagship mine in Zambia’s Copperbelt requires most of the $1.2 billion needed to turn KCM around, he said.

Vedanta, which has denied the government’s allegations, said it was “saddened” to hear about the production halt at Konkola Deep. The company said it had invested more than $1.7 billion in KCM and had planned to spend a further $1.5 billion to make the operations profitable.

The mounting problems at KCM highlight the political risks as President Edgar Lungu’s government seeks a greater share of mining revenues ahead of elections this year. While Zambia’s copper production rose to a record last year, that didn’t prevent the nation from defaulting on its external debt.

A Copper Mining Lesson From Zambia: History Repeats Itself 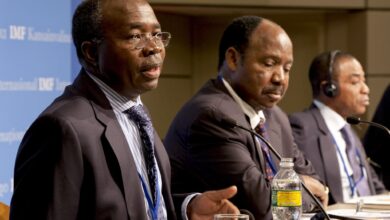