Zambia became the second country in the world to increase its benchmark interest rate this year as it seeks to bring down “spiraling” inflation that’s at a five-year high.

The monetary policy committee lifted the rate to 8.5% from 8%, Governor Christopher Mvunga told reporters Wednesday in Lusaka, the capital. That is the first increase since November 2019 and follows tightening by its eastern neighbor, Mozambique, last month.

The MPC’s decision was a “delicate act of balancing between” the need to fight inflation and to prop up the economy and came after two days of complex deliberations, Mvunga said. The central bank stands ready to tighten policy further with inflation seen moving further from the bank’s 6% to 8% target range over the next two years, he said.

“We can’t let inflation run away; neither can we stifle economic growth,” Mvunga said. “We had to get into the middle of the road of saying ‘how do we have some form of control on both sides without necessarily destroying the economy.’”

Wednesday’s move reversed some of the 350 basis points of cuts announced by Mvunga’s predecessor last year, before he was replaced in August. It shows the central bank is serious about tackling inflation that accelerated to 21.5% in January, and supporting the kwacha after it weakened 32% against the dollar in the past 12 months.

The move should help boost capital inflows into the southern African nation that became the continent’s first pandemic-era sovereign defaulter in November. The cooper producer is seeking to restructure as much as $12 billion in external debt and negotiate a loan from the International Monetary Fund to boost foreign-exchange reserves that have plunged to a record low.

A lag in the effects of currency depreciation and sustained high fiscal deficits will still put pressure on inflation, Mvunga said.

“Narrowing the fiscal deficit by ramping up revenue while rationalizing expenditure and restructuring government debt remain critical to restoring fiscal and macroeconomic stability,” he said. “Securing external support will be central to this effort.”

— With assistance by Zoe Schneeweiss

(Updates with Mvunga’s comments throughout)

Hope For 'Normalcy' Is In Our Sights But According To The CDC, This Is How We'll Get There Faster 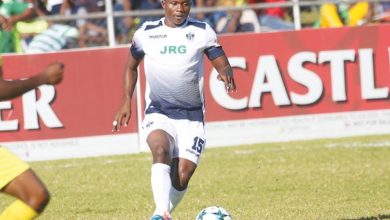