When Logan Richards greeted his parents early in July before heading overseas for a three-month work assignment, he didn’t think it would be the last time he got to tell them how much he loved them.

READ | Cape Town couple die of Covid-19 a day apart: ‘They wouldn’t have been able to live without each other’

The navigation officer returned home earlier than expected to arrange their funerals after both succumbed to Covid-19 in less than a week.

Richards, who had left Spain after receiving the dreaded news, landed at OR Tambo International in Johannesburg on 21 August. This was when he found out his 57-year-old father, William, had also died that day, less than a week after his wife.

The couple of Laingville in St Helena Bay had been married for 23 years.

“It’s still a little surreal to me. It’s only as I deal with the arrangements for their funeral that it’s starting to sink in,” Richards told News24.

The couple tested positive the day they were scheduled to be vaccinated.

Within days, both had been admitted to hospital – first Charmain, then William.

The retired nurse suffered from asthma and diabetes and was the first to die.

Her husband, a former police officer who was boarded as a result of a kidney ailment, had, prior to his infection, been receiving dialysis three times a week.

Richards, who had been in constant contact with his family back home, said he received a message from his wife the morning his mother died, urging him to call her.

His sister, Victoria, had sent him a broken heart emoji. Then the condolences messages started.

“I was hopeful she would recover. I was told she hadn’t looked that sick and the hospital staff had said she was fine. But her oxygen stats [plummeted].” The Roois with their children Logan and Victoria.

“My mother’s sister, who got to say goodbye, had told him my mother was waiting for him, that he should come home. That message was open to interpretation…”

The death of the Roois sent shockwaves through the West Coast town, where the two former public servants continued to serve locals despite being in retirement.

“They were everyone’s first port of call – instead of phoning the police, people would first call my father. And before phoning an ambulance, my mother would be contacted for advice,” Richards recalled.

William was a strict, yet soft spoken and dignified man, he said fondly, while Charmain was deeply religious with a love of flowers and who baked the best cookies that “not Woolies could even compete with”.

“My parents taught us the importance of respecting everyone, no matter who they are. They taught us etiquette and the power of togetherness. They were always by each other’s side, wherever they went. Maybe it’s better for them that they died so shortly after the other. Charmain, a retired nurse, and William, a former police officer, were married for 23 years.

“When I was still living at home, we would sit on their bed every night and my dad would read the Bible, where after we would each get a turn to say a short prayer. I will cherish that – it’s something I want to do with my own family.”

Charmain, who volunteered at a local NGO, would have celebrated her 60th birthday with an intimate gathering with her family in November.

While their son was away, the Roois were able to celebrate their only grandchild’s second birthday.

Richards said he was grateful his last words to his parents were how much he loved them.

“I always told them that before I go abroad. Especially in these times, you never know if you will return alive, or that those you leave behind will still be there when you get back.”

The Roois will be cremated after their funeral on Saturday.

Their two children have not yet decided where they planned to scatter their parents’ ashes.

“But of course, whatever we do with it, they will still be together.”

If you come across Covid-19 vaccination information that you do not trust, read Covid-19 vaccine myths debunked: Get the facts here. If you can’t find the facts you’re looking for, email us at the address mentioned in the article and we will verify the information with medical professionals. 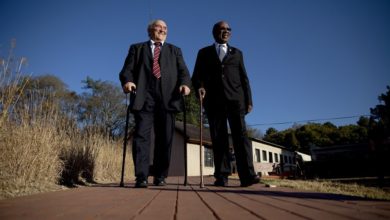 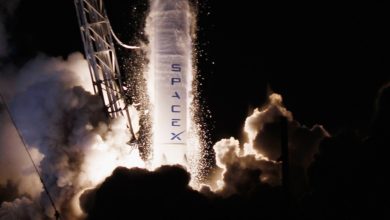 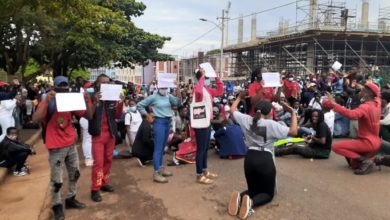