Zambia President Edgar Lungu has praised strikers Patson Daka and Enock Mwepu after they both scored for their teams – Leicester City and Brighton & Hove Albion – in pre-season on Saturday.

Daka, who signed for the Foxes from Red Bull Salzburg, was the star player against Queens Park Rangers as he fuelled a 3-3 comeback win, first scoring to make it 2-2 before winning a penalty which was converted by Kelechi Iheanacho.

On the other hand, Mwepu, who signed for Brighton also from Red Bull Salzburg, scored in the 3-1 win against Luton Town, a game which saw South Africa’s Percy Tau find the back of the net.

The performance of the two Zambian players has left their Head of State impressed and he further promised fans to expect for more from them.

On Daka, Lunga wrote on his social media pages: “Congratulations to Chipolopolo star Patson Daka for scoring his first goal for Leicester City Football Club. You have made the nation proud. Continue being a good ambassador for your country, Zambia.”

On Mwepu, Lungu said: “Congratulations to Chipolopolo star Enock Mwepu who made a clever finish for his side Brighton & Hove Albion in a friendly match, living up to his nickname “Computer”.

“You made us proud as a nation. Continue lifting your national flag high, and being an inspiration to many young people who look up to you back home at Zambia.”

Mwepu, whose goal came in the 35th minute, has also taken to his social media pages to promise more goals.

“First of many to come,” Mwepu wrote while mentioning Tau for his goal. “Proud of my friend Tau for your first goal of the club, that was brilliant.”

On his part, Daka wrote: “The process continues.”

Daka will be hoping to start again when Leicester play another friendly against Villarreal at Kings Power Stadium on Wednesday before their Community Shield clash against Manchester City on August 7 at Wembley Stadium.

On the other hand, Mwepu will get another chance to shine when Brighton host Getafe in a friendly on August 7 before they open their Premier League campaign with an away game against Burnley on August 14.

Opinion | Germany's Apology for Genocide in Namibia Is Not Enough 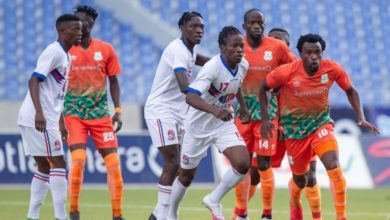