Zambia coach Beston Chambeshi has maintained a cautious approach despite his team winning their 2022 World Cup qualifying opener 2-1 against Mauritania on Friday.

The Chipolopolo registered a good start in their Group B campaign after goals from Enock Mwepu and Prince Mumba enabled them to beat the home team, who pulled one back through Mamadou Niass at Stade Olympique in Nouakchott.

It was Mwepu who scored the opener with only 10 minutes played after applying a cool finish and in the second half, Mumba fastened onto a cross from Patson Daka to double their advantage in the 57th minute before Niass scored for Mauritania in the 69th minute.

Chembeshi, who was handling Zambia for the first time in a competitive match since replacing Serbian Milutin ‘Micho’ Sredojevic, had admitted he was elated with the team’s effort to pick an away win but stated they will not get carried away.

“It is a good win from home, and you know these are qualifiers so if you pick three points away from home it is good,” Chambeshi said as quoted by the Zambia FA website after the game.

“It is good for the boys and the technical staff. It was not an easy match; Mauritania came out and played but we were on top of things especially in the first half.”

On the upcoming game against Tunisia, Chambeshi said: “These are qualifiers, we cannot just defend, we have to make sure we attack and be cautious in defence because we are playing at home.

“Tunisia, yes, they are a big team, the Arabs play attacking football but all you must do is make sure the defence is intact and hope and trust the strikers will come to the party.

Chambeshi said although the team will miss the England based duo of Patson Daka (Leicester City) and Mwepu (Brighton & Hove Albion) their replacements would fill the void adequately,

Chipolopolo will host Tunisia at the Levy Mwanawasa Stadium in Ndola on Tuesday with only 5,000 fans allowed to attend the battle. 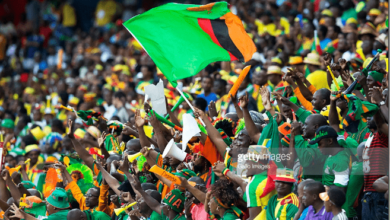 Glencore Is Close to Selling Troubled Zambian Copper Mine 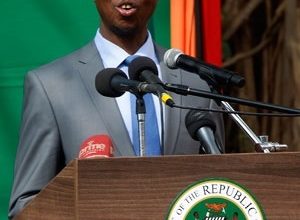