Workers were back in action on Friday at the intersection of Pah, Greenwood and High streets in Motueka where traffic signals are being installed.

Work has restarted on the $6.8 million safety improvements project for High St, Motueka.

Along with other non-essential maintenance and project work, Waka Kotahi NZ Transport Agency on August 17 pushed pause on the Motueka job when the country went into a Covid-19 alert level 4 lockdown.

In a statement, Waka Kotahi said the work on the High St section of State Highway 60 had resumed on Thursday under “strict health and safety protocols” now that the region had dropped to alert level 3.

Crews were to finish installing traffic signals at the intersection of Pah/Greenwood and High streets, and begin work on pedestrian signals earmarked for High St, north of Wallace St at the site of the existing zebra crossing. A right-hand turn bay into Wallace St would also be created.

Those jobs were expected to be completed by the end of November while work on the Tudor-High St intersection was likely to get under way in mid-February, with completion expected by April.

Meanwhile, work on a planned roundabout for the busy intersection of King Edward St, Old Wharf Rd and High St was on track to start on Monday, September 13.

A raised roundabout had been designed along with four pedestrian zebra crossings – one on each approach.

Waka Kotahi director of regional relationships Emma Speight said the raised roundabout would improve safety for everyone using the road, “encouraging safer speeds and helping ensure people walking or cycling across the intersection are more visible”.

St Peter Chanel School principal Margaret Campbell-McCauley said in the statement that it was “a great relief for us all that the safety issues for children in crossing this end of High St are being addressed”.

“Children are impulsive and drivers can be impatient and often distracted, which is a deadly mix,” Campbell-McCauley said. “To have a safe way for children and adults to cross, so they can reach their school, shops, and the recreation centre is much needed.”

Several stages of construction were planned for the roundabout, which was expected to be completed before Christmas, with some work on the footpaths and landscaping set to be finished in early 2022.

Urban designer Timo Neubauer says town centres should be treated like the “living room of a community”. Video first published in mid-August.

Stage one involved building the eastern half of the roundabout and meant entry in and out of Old Wharf Rd would be closed with a short detour in place up Huffam St.

A temporary speed limit of 30kmh was set to be in place while the roundabout work was under way. 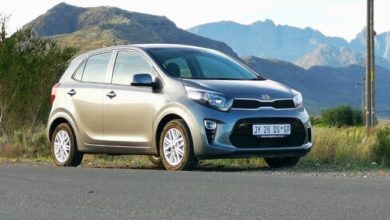