The interview, which took place in July but was held and now follows the finale of the four-part series, was conducted by CBS News correspondent Lee Cowan for “CBS Sunday Morning.” (Allen did not participate in the HBO series.)

In their conversation, Allen reiterated the arguments he’s made since he was first accused in 1992 of molesting the then 7-year-old Dylan Farrow. At the time, he was in the process of an ugly public split from Mia Farrow, whom he’d been in a relationship with for more than 10 years.

The couple split after Farrow found out that Allen was having an affair with her 21-year-old adopted daughter Soon-Yi Previn, now his wife of 24 years. Allen insisted that the allegations were fabricated by Mia in response to their public falling out.

“It’s so preposterous and yet the smear has remained and they still prefer to cling to if not the notion that I molested Dylan, then the possibility that I molested her,” he said in the interview. “Nothing that I ever did with Dylan in my life could be misconstrued as that.”

“Why would a guy who’s 57 years old, I never was accused of anything in my life, I’m suddenly going to drive up in the middle of a contentious custody fight at Mia’s country home yet…a 7-year-old girl. On the surface, I didn’t think it required any investigation, even.”

Allen, who was never charged, also said he’d like to talk to Dylan but hasn’t seen her since the allegations first surfaced. “She was a good kid, and I believe she thinks it,” he said. “I do not believe that she’s making it up, I don’t believe she’s lying, I believe she believes it.”

Allen also commented on his relationship with Previn, expressing no regrets over the fact that it began while he was still with Farrow. As for the numerous actors who have said they won’t work with Allen in the future, the filmmaker again presented himself as a victim: “I think they’re well meaning, but they’re foolish. All they’re doing is they’re persecuting a perfectly innocent person, and they’re enabling this lie,” he said.

The 35-minute streaming exclusive contains roughly 17 minutes of the Allen interview, plus Gayle King’s 2018 “CBS This Morning” interview with Dylan Farrow and a new segment from “CBS Sunday Morning” correspondent Erin Moriarty about the separation of art from the artist, particularly in instances involving misconduct.

The interview had been conducted in connection with the 2020 release of Allen’s autobiography, “Apropos of Nothing,” which was dropped by original publisher Hachette Book Group but released by independent press Arcade Publishing. According to CBS News, the decision to reveal the interview now came down to timing and the flexibility offered by the streaming platform.

“The interview, which occurred last summer during an active news cycle, is being presented now given the renewed interest in the controversy surrounding the filmmaker,” a CBS News representative said in a statement released to The Times. “The exclusive for Paramount+ offers the ability to explore Allen, his career, and the allegations in context and with the depth that this story demands.”

Paramount+, an extensive rebranding of CBS All Access, launched March 4. Shortly after that launch, the service drew criticism from customers when it was unable to stream Oprah Winfrey’s blockbuster CBS interview with Meghan Markle and Prince Harry, as Winfrey retained rights.

When Variety asked Allen’s spokesperson, his sister and producer Letty Aronson, whether CBS News had informed them of the repackaging of the interview for Paramount+, Aronson said no and called the decision “completely dishonest and scandalous.”

“I hope future people will consider this before trusting the show,” she told Variety. 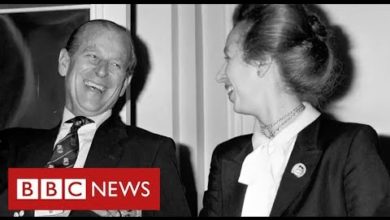