Emmanuel Chanda works as a gemstone miner in the Zambian countryside, blasting apart rock faces in search of amethyst. Surrounded by rock and noise, there’s a poetic similarity to what he is best known for: electrifying a nation as the frontman of Witch, the most popular band in 1970s Zambia who released five full-length albums in as many years and were the driving force for the decade’s Zamrock movement. Blending African rhythms with garage rock inspired by imports from the country’s former British colonisers, they were dubbed their country’s own Beatles, and were renowned for incendiary, seven-hour live shows led by Chanda, for whom the stage was simply too small.

Nearly 45 years on from his last studio recordings with the band, Chanda – known as Jagari, after Mick Jagger – has regained some of his stardom. A new documentary by Gio Arlotta, Witch: We Intend to Cause Havoc, has just been released, and traces the band’s legacy from the mines of the Zambian Copperbelt province to festival stages in Europe after an unlikely revival that, in the late 2010s, brought Witch out of Africa for the first time.

The revival, he says over the phone from the Zambian capital Lusaka, “has given me a new lease of life, a new lease on my talent and the career that I’ve loved”. It means even more in the wake of tragedy. “From the original setup,” he explains, “I’m the only one still alive.”

Chanda, now 70, was born in Kasama and raised by his older brother amid “a cross-pollination of cultural activities” in the mining town of Kitwe, the capital of the Copperbelt in what was then known as Northern Rhodesia. “We had only one way of listening to music,” he says, recalling school days spent writing down lyrics heard from British radio programming and reading Melody Maker magazine, the only music publication available. “The Top 20 used to fascinate me,” he says. “The Rolling Stones, the Hollies and Jimi Hendrix … In fact, during my time, anyone who couldn’t play Hey Joe was not regarded as a good guitarist.”

He lets out a hearty chuckle as he says this, the kind of laugh that could fill a room. The same laugh punctuates much of Arlotta’s documentary, where Jagari’s beaming smiles and resounding high fives allude to the captivating presence he was once famous for as a frontman. His schoolmates saw his star power, too, and pushed him to join a band after seeing him thrive at social functions and ballroom dances.

Bands such as the Black Souls, the Peace and Fire Balls comprised a scene in Kitwe that was being replicated across the Copperbelt. When Kenneth Kaunda came to power as the first president of newly independent Zambia in 1964, he had issued a decree that 95% of music on Zambian radio must be of Zambian origin. It gave rise to a new wave of rock bands mixing original compositions with covers of Sympathy for the Devil and Grand Funk Railroad’s We’re an American Band (or We Are a Zambian Band, as Witch played it). “We called it Zamrock,” says Jagari. “The Zambian rock that we had all created.”

Many of the groups on Kitwe’s scene were Jagari’s own schoolmates. “We were all doing the same things,” he chuckles. “Same music, same roadies, same girlfriends.” But Witch, an amalgamation of players from Kingston Market, the Boyfriends and the Upshoots formed in the early 70s, also strove to do something different. “We should not be copycats,” Jagari says of the band’s missive, fusing “fuzz and wah-wah and keyboards” with “that mother tongue” of traditional African rhythms and percussion.

“Witch were the trailblazers,” says documentary director Arlotta from his home in the Italian countryside. “When I first heard [1975 track] Strange Dream it kind of knocked me out, it was so distant and exotic. They sounded like 60s and 70s psychedelic rock, but then the drummer is just so much groovier.”

“We were worshipped by our audiences,” says Jagari, recalling shows across Zambia, Malawi, Zimbabwe, and Botswana. The fervour was so intense that police would be called to calm riots outside oversubscribed shows: “The hall where the boys played had its roof ripped off as exuberant fans tried to find their way through the windows,” read a review in the Times of Zambia.

Jagari took it in his stride. “Not to blow my own trumpet,” he says, “but people couldn’t compete. We drew big crowds because we played good music, and the frontman was full of antics. Oh, there were many things that I did.” There’s another burst of that laugh. “Sometimes we started at 7 o’clock and [played] until 2 o’clock the following morning. Other times I threw a guitar into the crowd during the show, and before it landed it was torn to pieces. Sometimes I wore ladies’ panties on top of my trousers.”

“A madman,” concludes Arlotta, recalling a visit to one of the local venues where the band used to play. “There was one that had a theatre with a stage and a balcony. Jagari used to jump from there when the band were playing – like in that scene from Quadrophenia.”

By the time Jagari left the band at the end of the decade, Zamrock was in decline. Zambia had plunged into an economic crisis in the mid-70s as the price of copper – which accounted for 95% of the country’s export earnings – halved in value on the world market. Conflicts in Namibia, South Africa, Mozambique and Zimbabwe had encroached on Zambia’s borders. President Kaunda imposed curfews and blackouts from 6pm to 6am, rendering the Zamrockers impotent, and the arrival of disco in the late 70s pushed Jagari out as his bandmates pursued a new direction. “Rock pushed me to do something unusual,” he says. “But disco didn’t move me so much.”

Jagari is the only one left from Witch’s original incarnation. The Aids epidemic, which would cause the deaths of up to 1.4 million people across Zambia by 2010, is believed to have claimed each one of the men Jagari still calls “brothers”.

“Giddy King” Mulenga, “Star MacBoyd” Sinkala, Paul “Jones” Mumba, Chris “Kims” Mbewe and John “Music” Muma remain immortalised in Introduction – the intoxicating opening track to the band’s 1974 album of the same name and de facto theme tune to Arlotta’s film – which has Jagari introducing his bandmates to the sounds of drum fills, guitar licks and wild organ solos. But in their later lives, the group – who once shared a home, practising from 9am to 5pm, Monday to Friday (“no girlfriends allowed”) – drifted apart.

“Paul Jones moved to Mansa and was looking for medication, but he didn’t find the person that was supposed to help him,” says Jagari, reciting a similar story for each of his former bandmates. “When John Muma got sick he called for me. The day I arrived in Kitwe, he died. I stayed on until the burial. It made me sad that I was unable to talk to him before he died.”

Few could have anticipated the return of Witch thereafter, least of all Jagari, whose life was full of its own twists and turns. He’d trained as a teacher after leaving the band, and was by the early 90s working as a lecturer and head of music at a secondary school – until an unfortunate event briefly disrupted his career. Abandoned by a group of dubious friends at the baggage claim of an airport, Jagari was placed in detention, tried, fined and then suspended from work after being wrongly accused of importing drugs into the country. “It was all over the radio and on TV,” he exclaims. “The famous musician has been arrested!”

Watching Arlotta’s documentary, you’d be forgiven for thinking Jagari had been sentenced to years of hard labour. In an opening scene, the singer stands deep in a rocky cavity, surrounded by heavy tools. It almost resembles that ominous scene from Martin Scorsese’s Casino, where Joe Pesci’s reckless gang enforcer is taken out into the desert to be disposed of.

In fact, Jagari’s a different kind of rock star these days: pursuing his fortune in mines six hours’ drive north of Lusaka. “It’s not easy,” he says. “There are heavy rocks that you need to blast, and it takes long for me to find what I’m looking for. It’s labour intensive, and I’m going to be 70 soon. My energies are starting to dwindle.” He intends to find a big pocket of gemstones and sell them, to fund the school of music he dreams of retiring in, having spent nine years of his later life serving as chairman for the Zambian music copyright protection society, as a mentor for Power in the Voice (a pan-African project encouraging young talent to realise their potential), and as a university professor.

Any thoughts of retirement were happily put on pause, though, when Arlotta arrived on his doorstep in 2014. The director tracked down the frontman after detouring from a cross-continental trip across Africa (Jagari turned up an hour-and-a-half late to their first meeting with a guitar strapped to his back, Arlotta recalls). He’d been enamoured of Witch’s music after hearing it for the first time via Now-Again Records, who reissued a career-spanning collection in 2011. But even after two weeks spent with the frontman in his homeland, Arlotta felt there was a part missing in his film, “of bringing Jagari to Europe and documenting that. And so that happened, and after it did things kept snowballing.”

With a new incarnation of the band in tow (the formation of which is captured in Arlotta’s film), Jagari returned to the stage in 2017 and has reclaimed his status as Zambia’s greatest rock star, fulfilling what he and his brothers had only dreamed of in their heyday. “We always looked forward to the opportunity to be exposed in Europe and America,” says Jagari. “But it never came back then.”

As of 2021, Jagari has performed in Moscow, Paris, London and Amsterdam, at the Liverpool international festival of psychedelia (“I heard the loudest music in my life there. They said: this is metal, my friend!”), and at California music festival Desert Daze in Joshua Tree national park. In December 2019, he was given a lifetime achievement award by the Zambian National Arts Council, just two days before returning to a tour across the US. “Sometimes when we put on a good show they all come to my mind,” Jagari says of his former bandmates. “But I love those audiences in Europe and in America. They give you hope. They give you the energy to go on.”

As for the future, Jagari hopes he’ll be able to revive the band once again before he retires. “I’ve always been composing,” he says, “and when I record something new, it won’t be too far away from Witch.” Arlotta predicts Jagari will come back even better, saying it’s what he was made to do: “He is a rock star.” 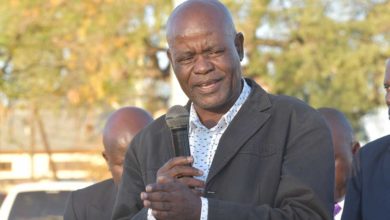