Botswana’s entertainment sensation William Last KRM has released visuals for his single dubbed “How it feels’ featuring Dato Seiko and Fella, from his debut album, ‘William.’

William Last KRM has once again collaborated with Director MO for visuals of his music video.

The pair broke the Internet last year with visuals from his debut single “Tinto.’

His debut single “Tinto’ is currently sitting at 1.8 million views on YouTube and has continued to receive massive airplay both locally and internationally- with so much recognition William last KRM was inevitably under pressure to create fresh content with the quality to match or surpass his last work.

His latest offering with less than a week since release is currently sitting at 275 000 views on YouTube and in the music video, William Last KRM takes the listener and viewer through the hardships he has had go through in life.

The entertainer relates his estranged relationship with his father, difficult childhood but most of all how his life changed since having his firstborn daughter.

Since his comedy days, William Last KRM who has over a million followers on social media making him the most followed entertainer in Botswana has been a busy man, perhaps that is why his latest visuals take the viewer into a more up close and personal feel of the man who made his mark through making people laugh, on how he really feels.

Perhaps Dato Seiko’s verse also adds a fine touch to the song with her captivating vocals. Quite the youngster, Dato Seiko who has emerged under the shadow of her big brother Mapetla, has proved to be a force to reckon with, captivating audiences in her own right.

One thing for sure is the relationship between Director Mo and William last KRM, which continues to break boundaries.

It is almost a marvel to watch how the two creatives have consistently been able to capture our eyes and ears and elevated local hip hop to greater heights.

With Covid-19 and all its restrictions, the music industry has been left on its knees, but for the pair, William Last KRM and Director Mo it seems there is nothing stopping the duo from dominating

10 Best TV Shows Like Only Murders In The Building 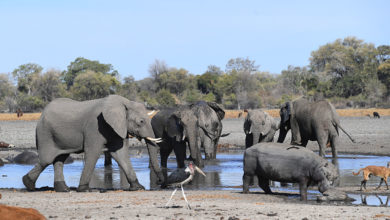