Seasoned Hollywood actor and rapper Will Smith is reportedly set to visit Namibia in February to shoot a part of the second season of One Strange Rock – a National Geographic natural history and earth science documentary he hosts, according to The Namibian.

A representative at the Namibian Film Commission, Florence Haifene, told the news outlet they had granted a permit for the production of the popular documentary in the southern African country, adding that their local facilitator was Namib Films. She, however, did not reveal any further details.

“All information is classified regarding that production, therefore the commission at this stage is in no position to provide you with information,” she said.

The production for the documentary will reportedly take more than 10 days, and the 52-year-old actor will be lodging at a hotel in the coastal city, Swakopmund. During their stay, the crew would tour and film some landmarks in the country as part of the production.

In its second season, One Strange Rock “explores what makes Earth unique, how the planet is able to sustain life and the fragile systems that keep it thriving,” the documentary’s developer, Nutopia explains. The first season comprised of 10 episodes and it was shot across 45 countries, six continents and in outer space.

“The tremendous success of One Strange Rock is a testament to the power of innovative storytelling and an exceptional creative team,” Courteney Monroe, CEO of National Geographic Global Networks, said. “With the creative vision of Darren Aronofsky and the expertise of Jane Root and Nutopia, One Strange Rock stretches the traditional boundaries of science and natural history programming. It takes viewers on a breathtaking visual adventure that not only entertains, but also amazes and surprises.”

The premiere date for the next season is yet to be announced. 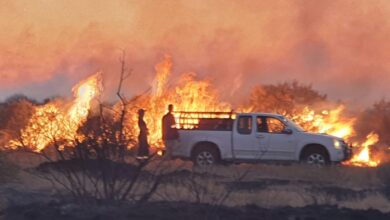 People we know are dying – governors