There is still no word from the Office of the Chief Justice on whether or not Mogoeng Mogoeng will heed the order of the Judicial Conduct Committee (JCC) that he apologise and retract comments made about his for love Israel during a webinar last year.

When contacted on Friday, Nathi Mncube, spokesperson for the Office of the Chief Justice, said he had not yet discussed the matter with Mogoeng, and was unable to give official comment.

Last year, while facing criticism over his comments, Mogoeng said he would neither retract nor apologise for comments.

Even if 50 million people can march every day for the next 10 years for me to retract or apologise for what I said, I will not do it. I will never say I hate anybody, or any nation. I will never. I love everybody. I love Israel, I love the Jews, I love Palestinians…

The JCC was tasked with probing several complaints against Mogoeng, and whether he contravened the Code of Judicial Conduct.

The complaints were brought by Africa 4 Palestine, SA BDS Coalition and the Women’s Cultural Group.

The committee found, among others, that Mogoeng involved himself in political controversy or activity.

On Friday, the South African Communist Party (SACP) also called for Mogoeng to comply with the decision.

The party said Mogoeng should “humble himself, and unreservedly apologise”.

“By complying with the decision, Chief Justice Mogoeng will help restore public trust and respect for the judiciary, with the knowledge that no one, including the head of the judiciary, is above the law,” it said.

“The SACP further reiterates its call for an end to the occupation of Palestinian land by the Zionist Israeli regime, and its support for a two-state solution based on the pre-1967 borders with a viable Palestinian state. All justice and peace-loving people across the world should intensify their strong condemnation of the occupation and the illegal construction of Israeli settlements on the occupied Palestinian land.

“Chief Justice Mogoeng expressed support for Israel in a context conflating the Biblical Israel and the latter-day typically apartheid Israel, which occupies Palestinian land and unleashes varying forms of apartheid segregation, atrocities and other human rights violations against the Palestinian people.”

On 23 June 2020, Mogoeng participated in a webinar with the Chief Rabbi of South Africa, Rabbi Warren Goldstein. The webinar was hosted by an Israeli newspaper, The Jerusalem Post, under the theme: Two Chiefs, One Mission: Confronting Apartheid of the Heart.

Mogoeng was asked about his previous utterances with regard to his “love for the Jewish people, for Israel, for the state of Israel…”.

“…So, whatever I have to say should not be misunderstood as an attempt to say the policy direction taken by my country in terms of their constitutional responsibilities is not binding on me. But, just as a citizen, any citizen is entitled to criticise the laws and the policies of South Africa or even suggest that changes are necessary, and that’s where I come from,” Mogoeng replied.

“The first base I give is in Psalm 122, verse 6, which says ‘Pray for the peace of Jerusalem. They shall prosper that love thee’. And see also Genesis 12, verse 1 to 3, that says to me as a Christian that, if I curse Abraham and Israel, God, the Almighty God, will curse me too.

“So, I’m under an obligation as a Christian to love Israel, to pray for the peace of Jerusalem, which actually means the peace of Israel. And I cannot, as a Christian, do anything other than love and pray for Israel because I know hatred for Israel, by me and for my nation, can only attract unprecedented curses upon our nation.

“So, what do you think should happen? I think, as a citizen of this great country, that we are denying ourselves a wonderful opportunity of being a gamechanger in the Israeli-Palestinian situation.”

The offending utterances made by the respondent CJ at the virtual prayer meeting and repeated in his Response 2 are particularly aggravating. They are brazenly defiant. It is important that those utterances must be unreservedly retracted and withdrawn to return and maintain the public image of the judiciary to its rightful place.

Mojapelo said Mogoeng may wish to criticise the policies of the executive and legislative arms of the state, but “he cannot do so publicly without raising controversy, that is, involving himself and his office in political controversy”.

He said this was done “on the eve before the appropriate SA executive authority was to make a statement on the same issue in the UN Security Council”.

Mojapelo said the following complaints had also been established in terms of contravening the Judicial Code of Conduct:

In a separate matter, in December last year, Mogoeng was blasted for his controversial prayer that any Covid-19 vaccine that was “of the devil” be destroyed.

“I lock out any vaccine that is not of you,” he said during a closing prayer in Tembisa.

Following this, the human rights organisation, Africa 4 Palestine, said it intended to lay a complaint.

“We believe that the Chief Justice’s latest comments undermine medical science and South Africa’s position on the distribution of vaccines,” the organisation said at the time.

The organisation added: “By terming certain vaccines as ‘666’ or the ‘devil’s vaccines’, [Mogoeng] is undermining not only medical science, but also contradicting our government’s position on vaccines.

“We are confident that such outlandish fanatic speech and denial of medical science during a pandemic is a violation of the JSC’s Code of Conduct, which explicitly urges judges to refrain from such controversies.

“While we acknowledge Justice Mogoeng’s previous judgments and the important role that he has played in our judiciary, we are of the firm opinion that his position asks of him to uphold international law, respect medical science, not interfere in South Africa’s national and international relations as well as health policies.”

Europe vows fightback at Ryder Cup after dismal day one 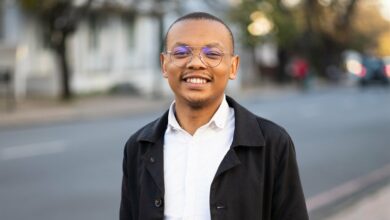 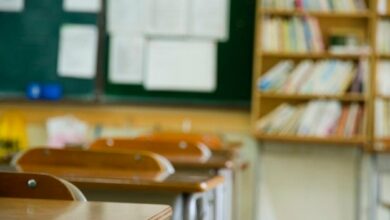 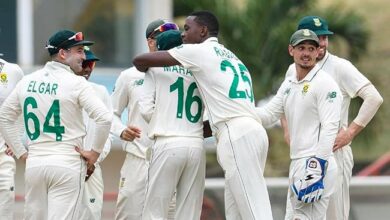