As Robert Burns’ 1785 poem To A Mouse observes, “the best-laid schemes of mice and men go oft awry.” More than 200 years later, unfortunate airline passengers may find that Burns’ rhetoric continues to resonate in the context of missing a connection.

The reality is, however well passengers might plan a connection, unforeseen delays can scupper these at a moment’s notice. But can airlines help delayed passengers in these situations by holding their connecting flights?

When do airlines hold connecting flights?

When lots of passengers are connecting from a delayed service onto the same onward flight, it makes sense for an airline to hold the connection. I have also experienced a similar policy on Germany’s main rail operator, Deutsche Bahn.

While it might be easy to accommodate a handful of delayed passengers on the next flight, finding space for a large number can prove more difficult. This would be a particularly pressing matter on low-frequency routes.

Indeed, in instances when a flight only operates on, for example, a daily basis, an airline might also have to pay for hotel accommodation for the delayed (and frustrated passengers). As such, slightly delaying the connecting flight to accommodate them represents a more pleasant reality for everyone involved.

According to Heels First Travel, there is also a higher chance of an airline holding a connecting flight if it is an aircraft’s last sector of that day. Earlier in the day, airlines might be more hesitant to do so as it would cause knock-on delays for the rest of that plane’s daily diagram. However, when it is its last working, the effects of a delayed arrival will be comparatively minimal. Furthermore, it saves delayed passengers having to wait until the next day to travel onward.

It would certainly make for an ideal reality if airlines were always able to hold connecting flights. However, there are several reasons why there are instances in which this does not occur. For example, Quora user Alvin Loong reports that it is unlikely that an airline will hold a connecting flight on a high-frequency route.

This is because passengers can often easily be transferred onto the next flight with minimal delay in these situations. An example of a route I have witnessed this happen on is Lufthansa‘s Frankfurt-Heathrow service. Before coronavirus, flights by the German flag carrier on this highly important European corridor would operate as often as hourly.

On multiple occasions, I heard announcements concerning standby passengers who had missed their connection onto the previous London-bound flight. Fortunately, the service’s high-frequency nature meant that accommodating the passengers did not tend to be too difficult.

Crew hours are also a factor

A high service frequency is just one of several reasons why an airline might not hold a connecting flight. Another example is the flight crew’s allotted hours. Pilots and cabin crew’s time at work is strictly regulated to minimize fatigue and increase safety.

As such, a flight may not be held for delayed connecting passengers if to delay it would push employees too close to their hours limit. Of course, there is not just the initial delay to consider. Even once late connecting passengers are onboard, if a flight has missed its departure slot, waiting for another one might cause further knock-on impacts.

What do you think about airlines holding connecting flights? Has this ever happened to you? Let us know your thoughts and experiences in the comments!

Jennifer Lopez heats up the internet in a tiny yellow bikini: 'Ciao' 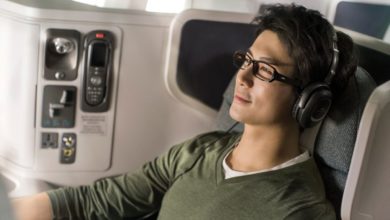 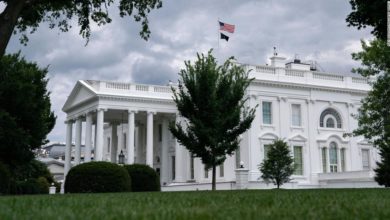 Can I visit Scotland? Latest advice as ‘stay-at-home’ rule to be lifted