Who doesn’t love a good fish-out-of-water story? If you’re a prominent tire manufacturer and you want to grab some attention for your brand of beefy off-road tires, building yet another boring truck or SUV display vehicle may not get the job done. Put those same tires on a Nissan 370Z, however, and you just might turn some heads.

Our heads were certainly turned by this one-off rally-ready coupe. Built in a collaboration with Nissan, Yokohama calls this machine the Z-Adventure and it certainly looks ready to conquer the apocalypse. That’s the effect of installing 33-inch Geolandar M/T tires on a two-seat sports car, but this muscular Z isn’t just wearing fat tires. Taking inspiration from the infamous Rothmans Porsche 953 that blitzed Dakar in 1984, this 370Z is properly outfitted to go bombing down trails, launching off sand dunes, or preferably, both in the same afternoon.

To make that happen, it’s fitted with an upgraded King suspension system and custom bodywork for considerably more ground clearance and wheel travel. Skid plates protect vital components underneath the car, while Baja-spec guards, winches, and sand ladders further keep the Nissan moving safely through the rough stuff. If things get dicey, upgraded brakes hall the upfitted Z to a stop. Inside you’ll find racing bucket seats with a four-point roll bar and six-point harness to protect occupants. This high-riding Z is the real deal.

Admittedly, we love on-road performance machines recast as off-road heroes. And actually, Yokohama isn’t a trailblazer when it comes to building dirt-loving versions of the 370Z. We recently covered Chris Forsberg’s epic 370Z rally car tribute, but if we step back a few more years you might recall something even more incredible. For the 2018 Chicago Auto Show, Nissan took its own knife to the 370Z and built a crazy tracked version called the 370Zki. It was basically a car-sized snowmobile, swapping the front wheels for skis while adding tracks to the back.

Will the next-generation Z get this kind of crazy attention? Honestly, we really hope so.

What are those green boxes at the new Kapitolyo intersection? 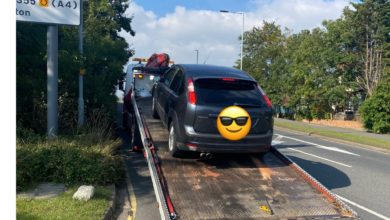 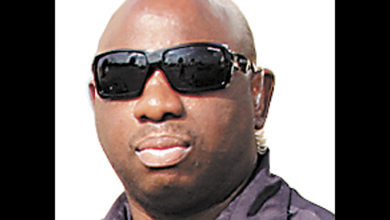 ASK A COP — Can you U-turn across yellow diagonal lines? – Port Arthur News

175,000 drivers in the UK fined for parking in disabled bays | Motoring News