Against the backdrop of the ongoing devastating impact of the Covid-19 lockdown on the economy, President Cyril Ramaphosa recently called on South Africans to buy local goods. He said:

“We call on every South African to contribute to our recovery effort by choosing to buy local goods and support local businesses. This is one way that every one of us can contribute to building a new economy.”

The president ended his plea with a colloquial saying: “local is lekker” (local is nice).

In our view the ideal place to start would be with high-value purchases. The bulk fleet vehicle purchases by the South African government is a good example. But for this to happen government needs to put in place a policy that specifies the exclusive local procurement of vehicles.

A research a paper assessed the impact of domestic vehicle purchases by South Africa’s central government departments. The finding was that procuring vehicles produced domestically, rather than a mix of locally produced and imported vehicles, would result in an immediate boost to the domestic economy. In this research a locally produced vehicle is defined as one with some local assembly, albeit with imported components.

The research didn’t cover all levels of government owing to data challenges. But the findings are clear: policy amendments that forced government departments to buy locally produced vehicles would result in major beneficial implications for the local economy in terms of gross domestic product, investment and employment creation.

A narrow definition of the “South African government” includes central, provincial and local (municipal) government. A broader definition would include state-owned enterprises and Chapter 9 constitutional institutions. These are institutions such as the Auditor-General, the Independent Electoral Commission and the Human Rights Commission.

South Africa’s current vehicle procurement policy simply states that suppliers must tender for the supply of vehicles meeting certain specifications, for instance in terms of carrying people or freight. There are no requirements in terms of local content.

Based on 2017 data, the research paper showed that the South African gross domestic product (GDP) would have been R36,8 billion bigger if the local procurement policy was applied in that year. This would be a recurring increase in GDP, recorded in each year that this policy is applied. At the same time, the application of this policy will increase the country’s GDP 1.18% in the first year.

During 2020 South African vehicle sales recorded a meagre 360 000 units as a result of the economic measures taken to control of the spread of COVID-19. This is a significant drop compared with 2019, during which figures topped the 500 000 mark. The country’s best annual vehicle sales was 714 000 units, recorded in 2006.

South Africa would do well to draw on international best practice.

Putting a policy like this in place would be easy. The first step would be to expand the five pillars of the Government’s Procurement Guidelines. The current five pillars are: value for money; open and effective competition; ethics and fair dealing; accountability and reporting; and equity.

A sixth pillar should be added: that goods should be manufactured domestically. This sixth pillar would also be a valuable contributor to the Operation Vulindlela initiative. The inclusion of this pillar will ensure the practical application of the call “local is lekker”, as stressed by President Ramaphosa. Without such a policy amendment, this initiative of the government will not be implemented in practice. This needs to get off the ground urgently.

To get the policy underway it would also be necessary for government to change the specification of tender documentation for vehicles. This should clearly state “Only vehicles manufactured in South Africa”.

A year ago the Parliamentary Standing Committee on Finance, backed this move in its Fiscal Framework and Revenue Proposals. It stated that:

The Committee once again reiterates its recommendation that members of the executive and government officials should buy cars manufactured or assembled in South Africa for official use. The Committee will pursue this once again with the Presidency but also requires National Treasury to report on this.

The last requirement to get the policy implemented is the most challenging: political will. This will entail a mind-set change of cabinet ministers and deputy ministers in setting the example.

Locally manufactured vehicles purchased at Cabinet level and for all levels of government would be an excellent starting point for the President’s call.

This article is republished from The Conversation under a Creative Commons licence. Read the original article. 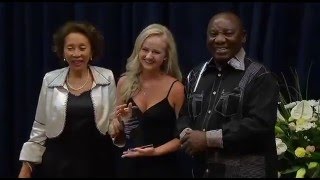 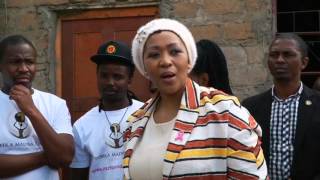 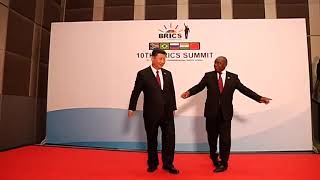 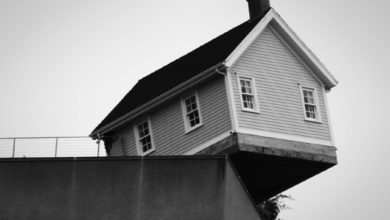