Morgan explained his stance on this in detail in an August 2020 interview with The Hollywood Reporter.

“I just think you get so much more interesting [with time],” he said. “Meghan and Harry are in the middle of their journey, and I don’t know what their journey is or how it will end. One wishes some happiness, but I’m much more comfortable writing about things that happened at least 20 years ago.”

“That is enough time and enough distance to really understand something, to understand its role, to understand its position, to understand its relevance,” he explained. “Often things that appear absolutely wildly important today are instantly forgotten, and other things have a habit of sticking around and proving to be historically very relevant and long-lasting. I don’t know where in the scheme of things Prince Andrew or indeed Meghan Markle or Harry will ever appear. We won’t know, and you need time to stop something being journalistic. And so I don’t want to write about them because to write about them would instantly make it journalistic, and there are plenty of journalists already writing about them.”

Bisexual Anna Paquin Defends Her Marriage To A Man

‘Cruella 2’ in the Works at Disney – The Hollywood Reporter 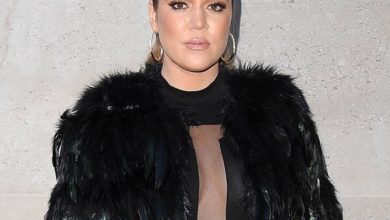