The bitcoin market now exceeds $1 trillion with its price rising tenfold in a year, but focus is shifting towards the massive power requirements needed to sustain the online currency.

Here are some questions and answers about bitcoin:

Total energy consumed by the bitcoin mining process could reach 128 TWh (terawatt-hours) this year, according to the Cambridge Bitcoin Electricity Consumption Index (CBECI), which is compiled by Cambridge University researchers.

That is 0.6% of the world’s total electricity production, or more than the entire consumption of Norway.

“These numbers can appear large when compared to medium-sized countries or emerging technologies like electric vehicles (80 TWh in 2019), but small when compared to other end-uses,” such as air conditioning and fans, said International Energy Agency analyst George Kamiya.

Google’s entire operation consumed 12.2 TWh in 2019 and all the data centres in the world, excluding those that mine bitcoin, jointly consume around 200 TWh annually.

Economist Alex de Vries, who put together one of the first indices on the subject in 2016, is even more pessimistic.

He believes that the recent rise in bitcoin’s price will intensify its use and drive its energy consumption beyond that of all other data centres combined.

The promise of a juicy reward has fuelled the rise in giant data centres dedicated to bitcoin.

The protocol is designed to maintain network integrity, ensuring a stable supply of the currency by making the calculations more difficult when many people are mining, and easier when few miners are at work.

The system is designed so that around every 10 minutes, the network awards some bitcoin to those who have successfully cracked the puzzle.

“Proof of work” was one of the founding principles of the best-known cryptocurrency, created in 2008 by an anonymous person or group that wanted a decentralised digital currency.

“If you have new machines that are more efficient, you’re going to use more machines” to corner a larger share of the mining market, said Michel Rauchs, who led the team that created the CBECI.

With the price of bitcoin now running at more than $55 000, miners are running at full capacity.

Bitcoin advocates say that rapid development of renewable energy in the power plant sectors means that the currency has a moderate effect on the environment.

But researchers at the University of New Mexico estimated in 2019, before the recent price takeoff, that every dollar of value created by bitcoin generated 49 cents of health and environmental damage in the United States.

In addition, critics of cryptocurrencies point out the strong geographical concentration of its use in countries such as Iran.

Hit by international sanctions that prevent it from exporting its oil and benefitting from cheap and abundant electricity, miners have multiplied in the Middle Eastern nation in order escape the eye of Washington.

“There’s about five to 10% of mining that can be traced to Iran,” calculated Michel Rauchs.

But the vast majority of activity is in China, where for part of the year, Chinese miners take advantage of strong hydroelectric power generation in the south of the country, he added.

But they migrate north during the dry season, where electricity is produced by lignite, a particularly polluting coal.

“If you try to see the footprint of bitcoin at any given time, you’re going to get completely different numbers,” explained Rauchs.

The second most used cryptocurrency, ethereum, is considering moving from the proof-of-work protocol to a less energy-intensive system that would avoid some of the energy-guzzling processes.

But bitcoin would face huge difficulties in adopting such changes, which run the risk of making the network less decentralised and secure.

Proof-of-work “is so deeply ingrained in its value, in its culture, it would amount to a sacrilege,” to abandon the protocol, said Rauchs.

He pointed out that no major reform of the cryptocurrency has been adopted by its community, despite numerous attempts. 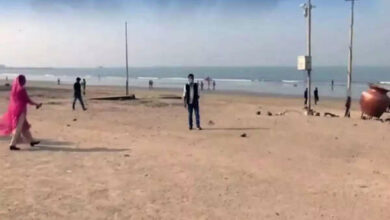 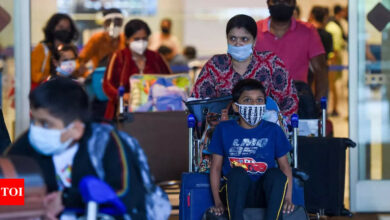