ActionSA leader Herman Mashaba has taken issue with the Department of Roads and Transport appointing an advocate to investigate the drowning of two young boys in a quarry, near Mamelodi.

On Sunday, the Gauteng MEC for Roads and Transport, Jacob Mamabolo, announced that advocate Thomas Bokaba had been appointed to investigate the drownings, which occurred at the beginning of March.

Seven-year-old Siyabonga Mabila and four-year-old Laurence Thwenu died after taking a swim on Saturday afternoon in the water-filled quarry, which had been excavated by contractors working on roads in the area.

According to the family, the two boys were out playing and must have headed towards the quarry in Kopanong Pienaarspoort informal settlement at around 14:30 for a swim.

READ | Mashaba to appoint team to investigate drowning of two boys in Pretoria: ‘It was due to negligence’

About an hour later, the family was notified the boys were missing and their clothes and shoes had been found at the quarry.

Residents searched to no avail and the bodies of Siyabonga and Laurence were later discovered in the quarry by police search and rescue teams.

Mamabolo said the investigation would be independent, even though the department had commissioned it.

“The department will also assist with facilitating meetings with any person who may have information relevant to the investigation as well as provide such assistance as may be necessary for the investigator to obtain materials and information requested from third parties.

“The investigation shall be conducted in accordance with the principles of natural justice, respecting the confidentiality of information received on that basis, rights of privacy and the security of information.”

In a statement on Monday, Mashaba said he had no issue with the advocate appointed to run this investigation, but took issue with the idea that the department made the appointment.

“It is the MEC and officials of this department that need to be held to account for their alleged negligence in these matters. How can they select the investigator?” Mashaba said.

Mashaba previously announced that they would also investigate the drownings independently from the Gauteng government.

Mashaba and Tshwane Human Settlements MMC Mpho Mehlape-Zimu have previously said it was clear that negligence was involved.

This was because the quarry, part of a construction site, had not been fenced off.

“This matter should not be treated as an accident, this must be treated as the murder of two young people by our government because of negligence,” Mashaba said.

“This is not an accident scene; this is a crime scene.

“Whoever was responsible for this excavation, did they not know about this? Construction of this nature anywhere in the world is managed and controlled by health and safety measures put in place to safeguard communities.”

Mehlape-Zimu said the deaths were preventable and, because of the clear and apparent negligence, there needed to be liability from the contractors. They would have to compensate the families over and above taking care of the funerals.

Burnt out: Remote working a blessing and curse for women shouldering increased responsibilities 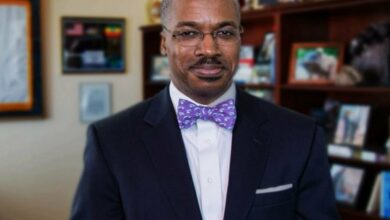 US President Joe Biden nominates new US ambassador to SA

WATCH | Editors’ Table on vaccine hesitancy: Are we heading for a catastrophe?