RIYADH: The Saudi Health Ministry has urged citizens to follow health measures, including avoiding large-scale gatherings and wearing masks, as coronavirus infections surpassed 500 for the fourth consecutive day on Monday.

Officials issued repeated warnings of a crackdown on violators. As part of increased activity by authorities, Eastern Province police broke up a gathering in the village of Olaya that violated precautionary measures, the Saudi Press Agency reported.
Police said that the legally prescribed penalties were applied against the event organizers, as well as guests who had attended the gathering.
Regulations from the Ministry of Interior impose a limit of up to 20 people for personal gatherings, with hefty fines in place to deter violations.
According to the ministry, the initial penalty for an establishment or an individual who instigates a violation is a SR40,000 ($10,600) fine, while anyone in attendance or people that cause crowding will have to pay SR5,000. A second violation will incur a doubled penalty of SR80,000, with those in attendance paying up to SR10,000.
For a third violation, the penalty is again doubled, and violators will be referred to the public prosecution.
Meanwhile, the Jeddah municipality on Monday announced the closure of 97 commercial establishments that violated anti-coronavirus health measures.
Field teams caught 123 violations within 19 submunicipalities during joint field monitoring trips carried out in tandem with local authorities on Sunday.
Officials have confirmed their intentions to continue field inspections to target health violations.
The municipality urged citizens to cooperate with investigations and to report violations to the relevant authorities.

• The Kingdom’s death toll grew to 6,656 after six new fatalities.

• More than 4.2 million vaccine doses have been administered across the Kingdom.

The Ministry of Health has continued to urge citizens and residents to register for vaccination. Appointments can be booked through the Sehhaty app.
Monday saw the announcement of 541 new coronavirus cases, bringing the Kingdom’s total to 388,866 over the course of the pandemic.
The Riyadh region recorded the highest number of new cases with 217. It was followed by the Eastern Province with 108 and the Makkah region with 86. Al-Qassim reported 25 cases, Hail 22 and the Northern Borders 20.
There are 4,906 active coronavirus cases, with 674 in critical condition — an increase of 36 in the past 24 hours.
The Health Ministry also recorded 357 new recoveries, raising the total number of recoveries in the Kingdom to 377,304.
The Kingdom’s death toll grew to 6,656 after six new coronavirus-related deaths were recorded.
More than 4.2 million vaccine doses have been administered across the Kingdom, and 15,008,398 PCR tests have been conducted, with 48,775 being carried out in the past 24 hours.

NPA withdraws charges of rape, abduction against a North West mayor, due to insufficient evidence 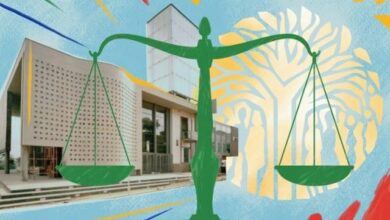 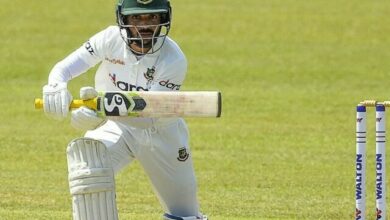 No South Africans, no business, says Mashaba in election campaign –