Africa urgently needs more COVID-19 vaccine supplies as deliveries begin to slow down and initial batches are nearly exhausted in some countries. The continent has so far administered 7.7 million vaccine doses mainly to high-risk population groups.

Forty-four African countries have received vaccines through the COVAX Facility or through donations and bilateral agreements, and 32 of them have begun vaccinations. The COVAX Facility has supplied nearly 16 million doses to 28 countries since launching deliveries to the continent on 24 February. Countries have made significant progress in reaching high-risk populations targeted in the initial phase of the rollout, including health workers, elderly people and people with conditions such as diabetes, which make them particularly vulnerable. Ghana has administered over 470 000 doses, while Rwanda has delivered 345 000 doses. In Angola, health workers account for more than half of those vaccinated.

While the COVAX deliveries have enabled many African countries to roll out vaccinations, a critical proportion of the population targeted in the initial phase of the vaccination campaign may remain unvaccinated for months to come due to global supply chain constraints. In 10 African countries, vaccines have not yet arrived.

“A slowdown in vaccine supply could prolong the painful journey to end this pandemic for millions of people in Africa,” said Dr Matshidiso Moeti, the World Health Organization (WHO) Regional Director for Africa. “While some high-income countries are seeking to vaccinate their entire populations, many in Africa are struggling to sufficiently cover even their high-risk groups. Acquiring COVID-19 vaccines must not be a competition. Fair access will benefit all and not just some of us.”

Most African countries are participating actively in the COVAX Facility. The platform – co-led by the Coalition for Epidemic Preparedness Innovations (CEPI), Gavi, the Vaccine Alliance, and WHO in partnership with UNICEF – aims to deliver enough vaccine doses to immunize at least 20% of Africa’s population in 2021.

However, COVID-19 vaccine demand is placing an enormous strain on the global manufacturing system which has an annual capacity of 3–5 billion vaccine doses. Up to 14 billion COVID-19 vaccines may be needed globally. To support manufacturers, WHO is urging greater global collaboration on supply chain issues, ensuring that manufacturers with excess supply can be linked to companies that have fill-and-finish capacity.

The COVAX Facility is exploring ways of dose-sharing by high income countries that have surplus stocks to encourage the release of these vaccines even before countries finish vaccinating their own people. While it is encouraging that high-income countries have promised to do this these, commitments now need concrete action.

WHO is urging efforts to be made towards equitable vaccine distribution, including strengthening local production in Africa to meet demand, promoting technology transfer and reducing intellectual property barriers. The Organization also encourages collaboration with the private sector to help secure and deliver vaccines such as the initiative by South African telecom firm MTN that has delivered 723 000 vaccines to nine African countries.

The downward trend of the pandemic trajectory in Africa seen since early January has slowed down to a plateau for the past five weeks. While most countries in the continent have seen their epidemiologic curve flatten, 11 countries, including Benin, Botswana, Cameroon, Djibouti, Ethiopia and Kenya have recorded a rising infection trend in recent weeks. The rise in cases is likely linked to super-spreader events such as mass gatherings as well as a relaxation by the population in observing public health measures.

Distributed by APO Group on behalf of WHO Regional Office for Africa.

You can get Covid-19 after a vaccine but it's rare, 2 new studies find 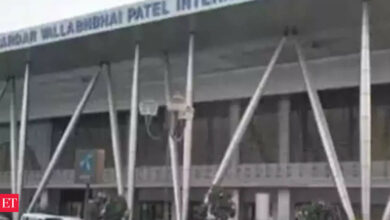 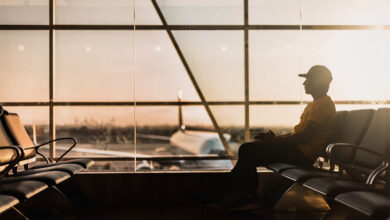